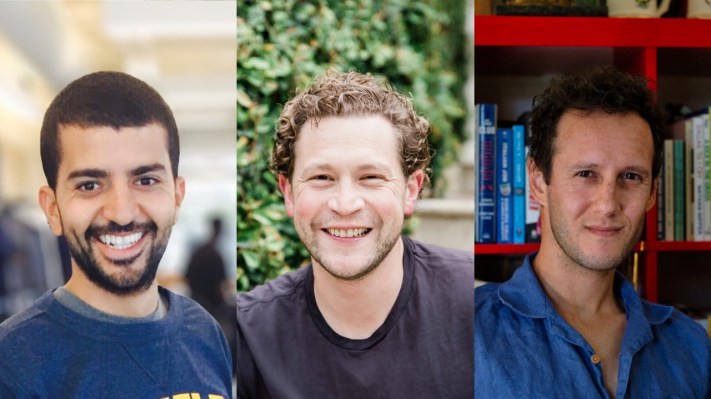 Historically, podcasts have been focused on appealing to as many listeners as possible. But Artifact, a new YC-backed company launching today, has a different idea.

It all started when cofounder and CEO Ross Chanin lost his grandfather. He found himself wishing he’d spent more time asking him about his life. At the same time, he was mulling the audio revolution underway in the tech world after having cofounded Reputation.com and serving as COO at Euclid (acquired by WeWork).

Over a beer with his friend George Quraishi, a journalist, they decided to try out the idea of a more personal podcast for a specific, smaller audience, starting with Ross’s Aunt Cindy. They did audio interviews with three of Aunt Cindy’s closest friends, who shared intimate details about their friendships with Cindy, from how they met to their favorite memories to what they love most about her.

“When Ross’s cousin got out his phone and played the mp3 for Cindy on her birthday, she started crying,” wrote Qurashi. “And laughing. Later, she said, ‘You know, you just go through life, you don’t really think about somebody recalling what’s important to them about you, or what you mean to them.’”

This was the glimmer in the eye of Chanin and Qurashi to build out Artifact. They teamed up with Moncef Biaz (CTO) to handle the technical back end infrastructure.

Using professionally contracted interviewers, Artifact conducts short interviews with a person’s closest friends or family and turns them into a personal podcast. Some of these interviewers are journalists like Qurashi, and others are simply great listeners, such as a bartender, a few actors, and even a comedian.

Interviewees either call a phone number for their interview, or the more tech-savvy among them can dial in via their computer for a higher fidelity audio quality.

After the interview, Artifact handles the editing and polish to offer a higher-quality final product that is delivered to the recipient via the web.

“On the one hand you have your purely user generated content and then you have this high-production content,” said Chanin. “Our general sense is that there is a pretty large missing middle. We’re getting to 80 or 90 percent of what a studio-produced podcast would sound like. And no one cares about that extra 10 or 20 percent.”

One of the things that is most special about Artifact also happens to be a big challenge for the product: It can be used in almost any way. This can make it difficult to define and leave the ball in the court of the user to dream up what they want their Artifact to be.

The Portrait, which focuses on stories from friends and family about a single person, is an obvious use case. But Artifact is also used by couples for their wedding, with annual podcasts for each year of their marriage. Folks can use the service to reflect on huge milestones in their lives, or to catalogue the growth of their child from the kid’s point of view. Businesses are even starting to use Artifact in this COVID-19 world to get to know their colleagues better during remote work.

“Our customers are not the product,” said Chanin. “They are buying a product. We think that Artifact loses a lot if the default assumption is that millions of people are going to hear this. Certainly, Artifacts can be used in that way, but the primary sharing is to close friends and family.”

Chanin added that the average Artifact episode is listened to by about 30 people.

Artifact generates revenue by charging users per episode, with each episode allowing up to two interviewees. One episode costs $175, two episodes costs $325, and four episodes costs $625.

The company has raised a total of $500,000, which includes $150,000 from Y Combinator, as well as funding from David Lieb (Founder of Bump and Director, Google Photos), Sander Daniels (cofounder of Thumbtack), Eric Kinariwala (founder and CEO of Capsule), and Sean Bratches (Fmr. Managing Director, Formula 1. Fmr. EVP, ESPN).

Artículo siguiente Connecting the World with Your Vision: 5 Expert Tips to Brand Your New Business