What the Presidential Campaign Can Teach Us About Sales and Marketing
septiembre 18, 2020 por Fito Resendiz 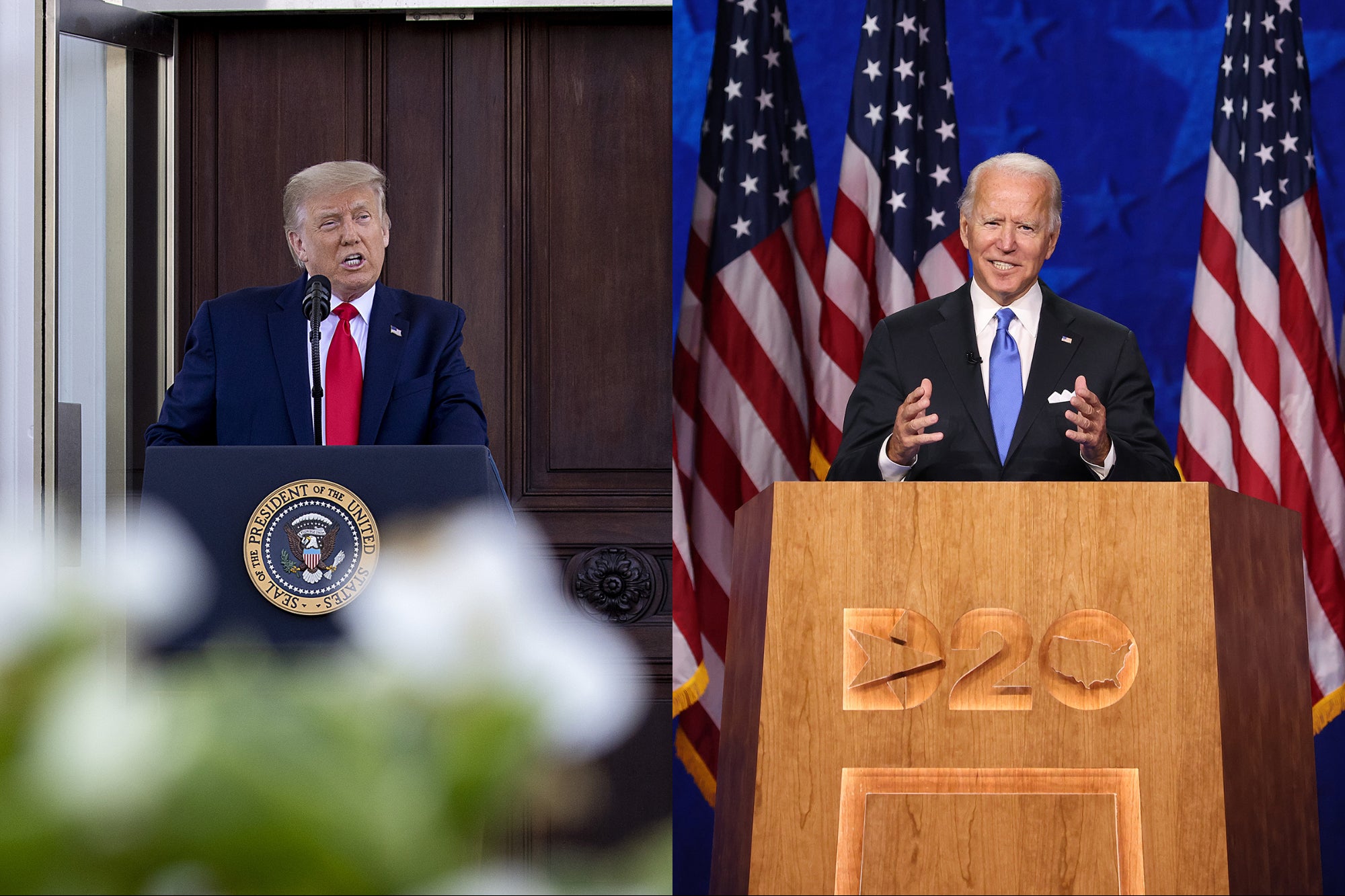 You can use these same tactics to earn more customers.

Scott Greenberg’s Wealthy Franchisee: Game-Changing Steps to Becoming a Thriving Franchise Superstar will be released via Entrepreneur Press on November 17. It can be preodered via Amazon and Barnes & Noble.

Politicians must do more than serve. They also have to sell. They’ve got to get the job before they can do it. Then they have to keep it. Right now, President Donald Trump and Vice President Joe Biden are actively selling themselves. Their campaigns are using powerful persuasion tactics designed to earn more votes. You can use these same tactics to earn more customers.

In his treatise entitled Rhetoric written around 350 BC, Aristotle described three modes of persuasion. Each of these modes is still deliberately used today by marketing experts, public speakers and political candidates to win over the public. These modes are very apparent in the Trump and Biden campaigns and serve as useful examples of effective selling and marketing.

The first mode is called “logos,” or logic. It’s using data, reason and facts to seek agreement on your perspective. Both presidential candidates cite the statistics they believe will best make their case and harm their opponent. Listen for stats about the economy now and during the last administration. You’ll hear references to statistical changes in Covid-19 infection. Both campaigns outline plans for the future, listing the steps they’ll take to improve the country. This mode of persuasion attempts to appeal to our heads with data and logic. You’ll see the same approach in an automobile commercial that describes a car’s features, mileage and available financing. Logos is all about ideas and information.

Related: Buying Into a Political Brand: 5 Things That Matter to Voters

Of course, this information is only effective to the extent the public believes it, which leads us to the second mode of persuasion, “ethos.” Ethos translates to ethics, but what Aristotle really meant was credibility. That means explaining why you’re the expert or authority on the topic. Here the argument is less about the message and more about the messenger. Often this credibility is established by third-party recognition. At each of the two big political conventions, well-known speakers stood up to praise their party’s candidate. Both candidates boast about the organizations endorsing them. Each will reference their experience, their accomplishments and the adversity they’ve overcome. They’ll bring family members to the stage to make them seem more human. They’ll cast doubt on their opponent’s intentions, competence and character. They’ll also challenge and reject any press they get they believe is unfair or untrue.

In that automobile commercial, the manufacturer might tell you how their car is number one in its class. They may show an image of their J.D. Power & Associates awards. Or maybe they’ll put Matthew McConaughey behind the wheel. If he’s driving the car, it must be pretty cool. Ethos is all about establishing yourself as someone worthy of believing.

The third and most powerful mode of persuasion in an election and in business is “pathos,” or feelings. It means tapping into people’s emotions. If we can get them to feel something, we can get them to do something. For Donald Trump and Joe Biden, the feelings both men try to elicit are inspiration and fear. Both deliver speeches that are aspirational and troubling. They give us a vision of a beautiful, better and more prosperous America. They caution us about how the opposing party will hurt the country. They tell stories about Americans who are working, suffering, thriving, starving — all designed to humanize their message. They use slogans such as “Make America Great Again” and “Restore the Soul of America.” These slogans don’t provide information; they’re just meant to create a feeling. Political campaigns intentionally stir our emotions to call us to action.

So do advertising campaigns. That’s why those same car commercials will show smiling owners and jealous neighbors. They’ll feature a couple arriving in style at a restaurant or a group of 20-somethings playfully signing as they cruise the downtown streets. Wouldn’t it be fun to do that with your friends? Pathos is all about emotions.

Combining these three modes of persuasion will empower you as a business leader. It’ll maximize your appeal to consumers. It’ll give you direction when designing marketing campaigns. It’ll also allow you to sell more effectively. (All of these advantages are logos.) I know this to be true because I’ve been an award-winning business owner, speaker and author for many years (ethos). As a widely celebrated philosopher, Aristotle’s ideas are still discussed by academics and executives; they’ve stood the test of them (more ethos). Consider how incredible it would feel to have these tools at your disposal. You’d actually be able to convince people to try your business and to spend more. Just imagine the possibilities (pathos)!

In these final days of the election, Donald Trump and Joe Biden will work hard to appeal to both our head and heart. They’ll share information, highlight their credibility and tap into our emotions. Whomever does it better will win.

Related: 5 Things Every Entrepreneur Can Learn From Kamala Harris

Business owners are on a never-ending campaign to bring in more customers and sell more products and services. There’s a lot of competition going after the same consumers. You want to influence people to come to you. The more deliberate you can be in your messaging, the more likely that they will. That’ll best happen when you appeal to them with logic, credibility and emotion.

Artículo siguiente Salesforce announces 12,000 new jobs in the next year just weeks after laying off 1000