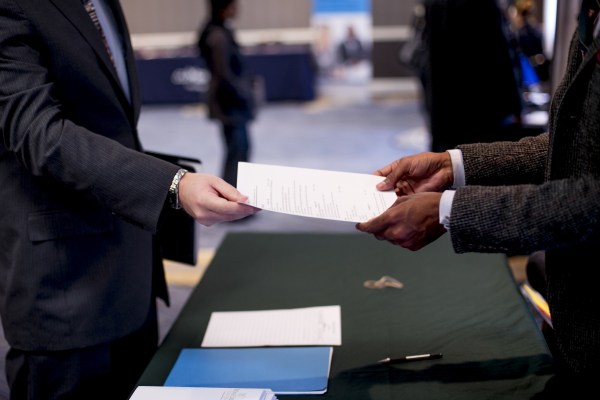 Given the endless drumbeat of layoff announcements — with deep cuts by Airbnb and Uber garnering much of the industry’s attention this week — it’s reasonable to wonder: what happens to all of the talent that’s being laid off? How does the changing supply and demand balance impact pay? Is anyone safe in this market?

Because the questions are top of mind for practically everyone everywhere right now, we reached out to recruiters in the one industry that we know — tech — to ask what they are seeing and what they predict will happen over the next three to six months. Unsurprisingly, they told us they’ve seen a steep drop-off in job searches and loads of salary cuts, but they also say there are silver linings in these turbulent times.

First the bad news, and for the moment, it’s mostly bad news.

Sales and marketing positions — particularly at consumer-facing startups — have been hard hit, and they aren’t coming back any time soon, possibly not even in 2020. Carolyn Betts, the founder of the national recruiting firm Betts Recruiting, says when the “coronavirus hit and shelter-in-place notices came out, we saw 80% of our business freeze. And then it went down from there.”

Betts’s bootstrapped recruiting company — which fills sales, marketing and people operations roles — was forced to conduct its own layoffs because of the lost business, shedding 30 percent of its staff and cutting remaining employees’ pay by 20%, although though Betts says a PPP loan has allowed the company to adjust pay upward again by 10%.

In the meantime, she has had a front row to the nearly overnight switch from an employee market where rising salaries and signing bonuses had become routine, to an employer-driven market where candidates get what they get. “There’s so much talent in the market that there are backup candidates for backup candidates.” Her advice to job candidates right now is to recognize the game has changed and not push for too much or risk that the hiring company might “just move on to the next candidate. Everyone is going to hire within their budgets right now, and they aren’t going to make exceptions for the most part.”

Before COVID-19 struck the U.S., the firm was staring at roughly “160 open active executive level searches in our portfolio — clearly more than my team at Norwest could handle,” says McFadden. (Like most venture firms, Norwest sometimes retains outside search firms.) Now, that number has fallen by more than half. Some, she says, are “full cancellations,” while “other people are just putting searches on pause to see what happens in the next couple of quarters.”

In the meantime, certain roles have been harder hit than others, says McFadden, who specifically cites marketing units as one example. She also notes that executive pay at companies that have been impacted most negatively by the coronavirus is coming down, an observation the public has seen play out in company announcement after company announcement in recent weeks. Generally speaking, she says, top brass is taking a 20% reduction in salary while the next level of management takes a 10% pay cut and “anyone below a certain salary level” sees no pay cut. But it varies from company to company.

Even engineers in today’s climate aren’t being spared, suggests Sam Wholley, a longtime partner with the Silicon Valley recruitment firm Riviera Partners, which specializes in engineering, product and design leadership. While new jobs are paying roughly what they did two months ago, both Wholley and McFadden expect the engineering market to soften in the coming months, with pay dropping 10 to 20 percent. (Wholley says pay for engineers was trending this way even before the virus sent everyone running for cover.)

It’s a matter of demand and supply. For the first time in more than a decade, the supply of engineering talent may exceed the need for it — or, at least, the ability to pay for it. Indeed, asked whether younger companies that are receiving early-stage funding might be able to absorb the engineers who’ve been let go by bigger companies, Wholley says that, “unfortunately, I don’t think so, and I don’t think it will be that [way] for a while.” While new companies are always being created, he continues, “It could be up to a year to find that right match.” It might also mean “looking in a different industry or possibly a different geography” than engineering candidates have looked in the past.

But wait! As promised, the news is not all terrible.

Because much of the tech sector is holding up better than elsewhere, there is still some movement on the hiring front.

For her part, Betts says she’s beginning to see companies “up level” their teams, meaning parting ways with “bottom performers and replacing them with talent that has entered the market.” This is particularly the case with industries that “sell into the government, in security, that sell collaboration software, and in healthcare,” she observes.

Betts also notes that some customers in places like Texas where people are re-entering public spaces are “opening up” and starting to strategize about who they want to hire or re-hire.

“A lot of people have received some relief regarding their growth plans,” says Betts, “but it’s May. When things get back [to a more normal state of affairs], [management teams] will be expected to put their foot on the gas to make up for lost time, and no one wants to be caught flat-footed. If you start hiring when everyone says ‘go,’ you missed your head start.”

McFadden and Wholly echoes the point, with Wholley saying that “strong hands are continuing to hire” and McFadden offering separately that Norwest is seeing two categories of companies that are “poised to do well long term,” including younger startups focused on product development (with fewer mouths to feed), and those finding even more demand for their products right now, like software tools made expressly for remote teams and even direct-to-consumer hair colorant companies.

While that’s still a comparatively small pool of potential employers, “I think in general,” says McFadden, “companies are beginning to think about what does life look like after COVID-19.” Sounding an optimistic note, she adds, “It’s not all doom and gloom.”

Artículo anteriorHow to Build an Online Community of Like-Minded Entrepreneurs

How FaZe Clan is continuing to lead the esports worldseptiembre 20, 2020
4 Free Tips to Get Your Business to Show Up on Google Mapsseptiembre 19, 2020
From Unity to Disrupt, tech has an especially optimistic weekseptiembre 19, 2020
This website uses cookies to improve your experience. We'll assume you're ok with this, but you can opt-out if you wish. Cookie settingsACCEPT
Privacy & Cookies Policy