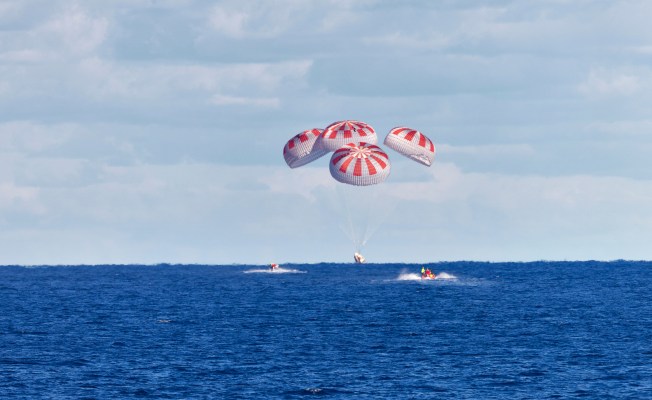 SpaceX and NASA are getting ready to complete their most important joint mission to date – Crew Dragon Demo-2, which is the culmination of the partners’ work on their Commercial Crew program designed to certify a SpaceX spacecraft for regular human spaceflight operations. NASA astronauts are already on board Crew Dragon making their way back to Earth during a multi-hour descent, and later on Sunday will be splashing down in the Atlantic Ocean off the coast of Florida.

Behnken and Hurley undocked from the International Space Station on Saturday, August 1 at just after 7:30 PM EDT, with the Crew Dragon capsule handling all of the maneuvers since in a fully automated fashion, just like it’s designed to do. SpaceX built Crew Dragon to be fully automated both during takeoff and the return to Earth and landing portion of any trip to the ISS, and in fact have previously flown a successful unscrewed version of the mission that’s happening now with astronauts on board.

To conclude Demo-2, Behnken and Hurley are currently scheduled to splash down in the Gulf of Mexico at 2:48 PM EDT (11:48 AM PDT), where they’ll be met and recovered by a SpaceX crew. This will be a historic first for a commercial spacecraft, capping a mission of historic first for private human spaceflight that began with the successful launch of Crew Dragon ‘Endeavour’ on May 30.

Once Dragon enters the atmosphere, it’ll deploy its parachutes, which will slow it until it’s traveling at a speed of just around 15 mph before it splashes down. The reason it requires such a long trip from time of departure to when it land is the ocean is that it needs to slow down from a starting speed of around 17,500 mph when it departs the ISS.

NASA and SpaceX will have live coverage on the stream above, and we’ll provide any updates about key developments in the mission as they happen.