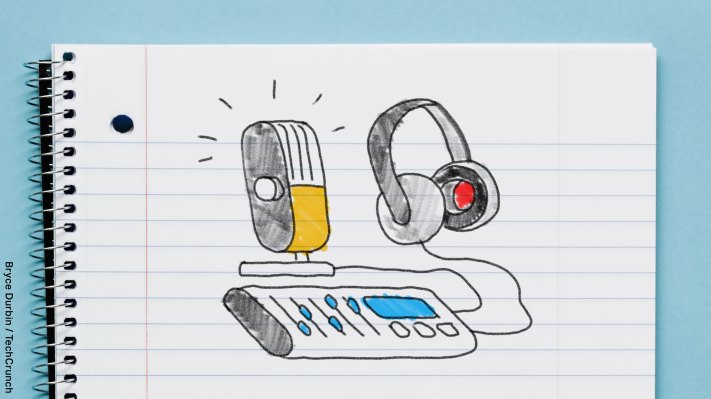 Full disclosure one: I’ve hosted a lot of independent podcasts, with varying degrees of success.

Full disclosure two: This story is being hosted on a site owned by a corporate media giant. There’s even some chance that, by the time it’s published, the decision will be made to host it behind a paywall. The fact is, I’ve worked for a lot of big media companies throughout my professional career. It’s honestly the one way I’ve been able to make a consistent living as a professional writer living in New York City.

Independence is precisely what drew me to podcasting in the first place. Years of scraping together a living in editorial, I’d felt far removed from what drew me to writing and interviewing. Struggling in the industry involves a lot of writing things for other people, and those things you do write that you genuinely care about are, at best, heavily edited and often truncated (I’m old enough to remember when column space was still a thing).

I became nostalgic for my college days (as one days) as manager of KZSC, Santa Cruz’s legendary public radio station. I would spend hours hosting shows on weekends and come in late at night to spin records after our daily broadcasting obligations were done.

Toward the end of my time at the station (and college, generally), a fellow host and I were offered the opportunity to intern at a local radio station. A music director gave us a tour of an office space that housed several local stations, segmented into what looked like conference rooms, where hosts would spend a few hours prerecording spots for the week. A conversation around how the station determined its playlists left me with a similar sense of existential dread.

The situation was enough to end my career in radio before it started. Between publishing and radio, I guess I’ve always had a bit of a thing for dying mediums. But this was a bridge too far. I have a very vivid memory of standing in the station’s parking lot and remarking to my friend, “I guess that’s it for our careers in radio.” He nodded and we were on our way.

But podcasting felt hopeful. Like blogging before it, it presented a rare opportunity to embrace a medium in its relative infancy. That brief, hopeful period before the corporate interests utterly decimated the landscape as they inevitably do. I reached out to friend and former KZSC colleague, Jesse Thorn, who’d built his own mini-podcasting empire in the years since college.

I visit his home in Los Angeles, a room of which he’d turned into a podcasting studio (it has since moved to an official Maximum Fun office overlooking MacArthur Park near downtown Los Angeles). He’d also assisted in helping set up a veteran comedian named Marc Maron flirt with the world of podcasting — not sure if that guy’s show ever got off the ground.

My own ambitions — at least from a technological standpoint — were more grounded. When I started my most recent podcast, RiYL, five-plus years ago, I was working as a freelancer. I needed something mobile that I could could take to interview subjects wherever they were. The equipment has been refined somewhat, over the years, but the gear still fits into a laptop sleeve for maximum portability. Spoiler alert: Next week’s interview with New Pornographers frontman Carl Newman was quite literally recorded in a bathroom.

That broad spectrum of experience levels was precisely what made podcasting so appealing to so many. It felt like the promise of the internet fulfilled. You knew it would be hard — some combination of talent and timing and luck — but you could convince yourself that, if the stars aligned correctly, your shoestring show could make it to the top of the charts.

The unfiltered nature of it all was also immensely appealing to someone who grew up obsessed with self-produced punk and self-published zines. Those were always the names I wanted to get on my show and record for posterity. And every interview could be as long or as short as was warranted. Every medium inherits some parameters from its predecessors, but it truly breaks away when it grows beyond that. For that reason, I made a point producing a show made up exclusively of five-minute episodes and another that routinely passed the hour-long mark.

The medium is the message, and all that good stuff.

Late last year, I wrote a piece for TechCrunch titled “2019: the year podcasting broke.” It was, as I explained, a somewhat tongue-in-cheek homage to the documentary “1991: The Year Punk Broke,” which chronicled the mainstreaming of a once explicitly pop-cultural phenomenon. The early ’90s notions of co-opting punk seems fairly quaint in hindsight.

Similarly, 2019 feels like the tip of the spear for corporate investment in podcasting. Spotify’s planned spending of between $400 million and $500 million is jaw-dropping, but it’s a drop in the bucket compared to other mediums. Corporations are going to go big on podcasting, easily one of the most intimate mediums with one of the most highly engaged audiences. Listening to a bunch of strangers talk about history or music or sports for an hour-plus gets into your brain in ways it’s hard to explain.

With corporate involvement in podcasting come things like exclusives — company-produced programs that only exist on specific paid services (yes, I’m fully aware that I’m writing this on a site that recently launched a premium content tier, but we all need to monetize in the way we see fit). But the truth is the same with podcasters as it is with creatives in virtually ever medium: The people making the thing generally want as many people to engage with it as possible.

But the lure of a living wage is a powerful one. And making a living doing what you love almost invariably involves compromise at some level. I, for one, know that I’m incredibly lucky to have survived for as long as I have as a professional writer, living in one of the world’s most expensive cities. And yes, it’s a career that has included plenty of compromises — some I feel better about than others.

I also have plenty of friends who haven’t been so lucky — artists, writers, cartoonists and musicians who make wonderful art that I love that they simply can’t survive on. Welcome to capitalism, friends. It’s a real mixed bag.

The answer is the same as ever, though. If you like a thing, support it. And thankfully, doing as such is easier than ever. Whether it’s a network with a public radio-style fund drive like Maximum Fun or a Patreon-backed program like The Best Show. Support could mean buying a boxed mattress using their special coupon code at checkout or, for those fellow artists, just rating and reviewing or telling a friend.

I do believe the spike in podcast popularity will be good for its myriad providers in many ways. The rising tide and all of that good stuff. But I do worry that many of its most unique independent voices will get bulldozed as big companies rush to construct skyscrapers. It’s our job as listeners, fans and podcasters to make sure those voices aren’t drowned out.

Artículo siguiente Every Entrepreneur Should Learn These Essential Copywriting Skills