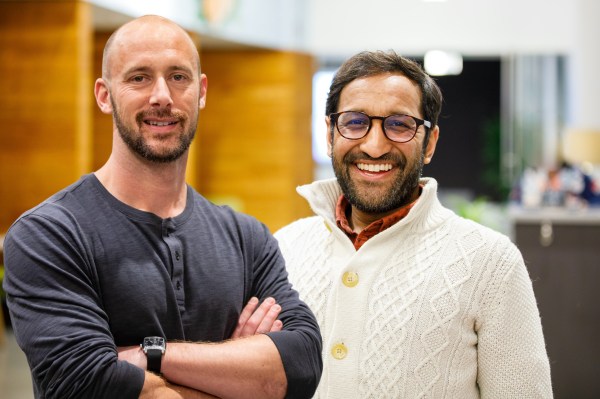 It’s no secret that a massive digital transformation is happening within financial services companies and amid the growing number of non-financial outfits that are also adding financial products to their offerings.

Still, Sheel Mohnot, who was formerly a general partner at the fintech fund of 500 Startups, and Jake Gibson, co-founder of personal finance startup NerdWallet, were a little taken aback by investor interest in their fintech-focused early-stage venture firm, Better Tomorrow Ventures, or BTV.

The outfit just closed its debut fund with $75 million in capital commitments, exceeding their original $60 million target, and even one of their earliest investors, Michael Kim of Cendana Capital, expresses surprise. “Remarkably, they raised a lot of it during Covid,” says Kim.

We talked yesterday with the pair, who have already invested in 13 startups with the fund’s capital and, they say, led nine of those deals.

TC: The good news is you’re focused on fintech. The bad news is that fintech valuations are going through the roof. How do you compete?

SM: It’s true. Everybody decided that what we’ve been talking about all along is in line with their beliefs too, after exits like Plaid and Credit Karma. Everybody became a fintech investor. And you’re right that that has led to an increase in valuations. To some extent that’s good, though. It’s meant that one of our companies has already had a pretty massive markup in part because of this phenomenon.

I also think we’re finding we’re able to win deals at better prices because we’re both founders. [Mohnot sold a company, FeeFinders, to Groupon 2012]. And all we do is fintech. So we tend to understand better what founders are building than generalist investors.

JG: I do think [these things] resonate in that we’ve been able to pay prices that we think make sense and to get the ownership we want. This isn’t the 4 on 16 game that others are playing (where VCs invest $4 million at a pre-money valuation and so own 20% of the company). I think all but one or two of our investments involve repeat founders who see the value of working with partners like us.

TC: How much ownership are you targeting for that first check — 10%?

TC: And will you turn to [special purpose vehicles] to maintain your stake if certain companies begin to gain traction?

JG: Yes, I’ve done quite a bit of SPVs in the past. I’ve invested in 90 companies as an angel investor and I think we’ve probably deployed more than $40 million between the two of us over the last five years leading up to BTV, including SPVs on top of angel investments. [Editor’s note: some of those earlier deals include Chipper Cash, Albert, Clear Cover, and Hippo.]

TC: What companies are in BTV’s portfolio?

SM: None have been announced.

SM: Nobody announces their seed rounds anymore. When I started my company, I wanted as much coverage as possible. I thought that was great for the company. Now founders don’t feel that way, with very few wanting to announce.

TC: But there are benefits to recruiting and getting on the radar or later-stage investors. Why eschew it altogether?

JG: Competition to some extent. They don’t want people to know what they’re working on because once you see a competitive seed round, you see a lot of other startups pop up to do the same thing. I also just think there’s not as much upside anymore to announcing, so most founders, when you’re seeing their seed round, it’s because they’re about to raise their Series A. The data you’re seeing in Pitchbook is typically six months [behind].

TC: Who are your investors?

SM: We have founders of fintech unicorns. We have a couple of fintech venture funds, fintech-focused GPs from later-stage funds, a few insurance companies, and Wall Street people who help us keep track on that side of the market, as well.

JG: We’re also backed by kind of a who’s who of fund of funds that back emerging managers: Cendana, Industry Ventures, Vintage [Investment Partners], Invesco.

TC: Did you know a lot of these investors before the pandemic shut down everything?

JG: Some, but we had to sell a lot of them cold over Zoom. We held a first close last December — that capital was from Cendana and individuals. We’d started conversations with other institutions at that point but everyone said it would take a while and that institutions won’t come until you raise your second fund, so we didn’t have high hopes that we’d get a lot of them on board.

In fact, when March and April hit, we figured we’d have to raise a smaller fund. But then things re-opened, people got back to work, and we were able to close institutions we’d started conversations with. Then people came out of the woodwork, because tech got hot fast but especially fintech, with all the IPO and M&A activity.  People said, ‘We want fintech exposure now, and we want to invest in a fintech-focused fund, and you’re the only game in town.’

TC: What do you need to see to write a check?

JG: Our thesis is that everything is fintech, so we invest across the board: payments, lending, banking, real estate, insurance, b2b, consumer — anything that’s ostensibly fintech. We think a lot of companies that aren’t typically fintech today will look like fintech later, with more and more tech platforms that get into financial services. We’re investing at the pre-seed and seed stage but also meeting with founders at the idea stage, sometimes to talk them out of starting another neobank. [Laughs.]

TC: Do you? Every time I wonder how many neobanks make sense in this world, an investor tells me that if only their startup can get .00001% of the market, they’ll have a multibillion company on their hands.

JG: No. Most will never figure out how to get profitable. A lot of investors like to argue that with neobanks, you lose money on every trade but you make it up in volume. Yet very few have a path to getting to positive economics. You need huge scale to get to profitability, and that means you have to spend a ton of venture capital on marketing. More, a lot are going after audiences that are already over-served by traditional financial products.

SM: The same is true for “Plaid for X” type companies. After the announcement of Plaid’s exit — or what we all thought was Plaid’s exit — we looked at five companies, many of them hitting on the same ideas and duking it out for the same customers.

TC: Will the fact that the DOJ is suing to block Plaid’s sale to Visa, citing Visa’s monopoly power, have a chilling effect?

JG: We haven’t seen that. A lot of people are discounting that complaint and thinking it will get out of this in the end via SPAC. The company was doing north of $100 million in revenue, and given where these businesses trade, Plaid could go public and see an amazingly successful outcome.

It’s not just Plaid, by the way. There are now 40 SPACs that are focused on fintech alone. Just think about the outcomes that have to happen in the next two years.