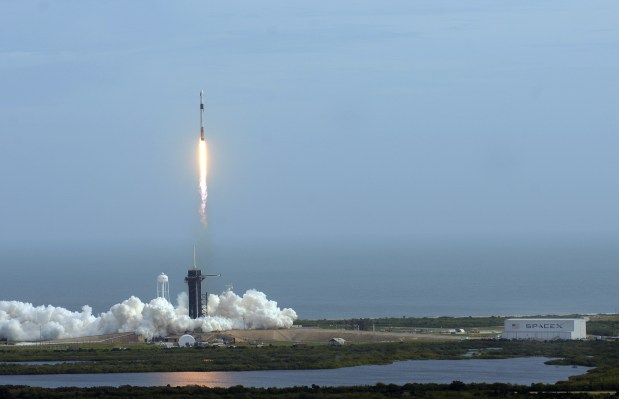 The launch marks the Dragon’s last mission as the capsule makes way for SpaceX’s updated and improved Dragon 2 capsule, which will begin making resupply runs to the space station in October.

Alongside cargo to resupply the ISS, the Dragon will be bringing along payloads for experimental research aboard the space station. Including an Adidas experiment to see how it can manufacture midsoles in space; a project from the faucet maker, Delta, to see how water droplets form in zero gravity; and Emulate is sending up an organ-on-a-chip to examine how microgravity affects intestinal immune cells and how heart tissue can be cultured in space.

It’s been twelve years since SpaceX first won a $1.6 billion contract to resupply the space station, and over that time, the space industry has changed dramatically.

The company’s technical innovations around manufacturing and reusing rocket components revolutionized the space industry and created an environment where entrepreneurs believed in the possibility of competing with industry giants like Aerojet Rocketdyne, Boeing, and Lockheed Martin.

Since SpaceX first emerged to challenge those longtime government contractors, which had a lock on government space missions, a wave of commercial activity has emerged around the International Space Station, supporting the creation of new industries.

Earlier this week, Axiom Space announced that it would be using SpaceX to ferry the first entirely private crew of passengers to the International Space Station for a ten-day trip (albeit at a cost of $55 million). Axiom’s vision of building a private orbiting space station off of the existing International Space Station is a bold step forward for the commercialization of space — and one which would be less likely if not for SpaceX’s work and the success of the first Dragon.