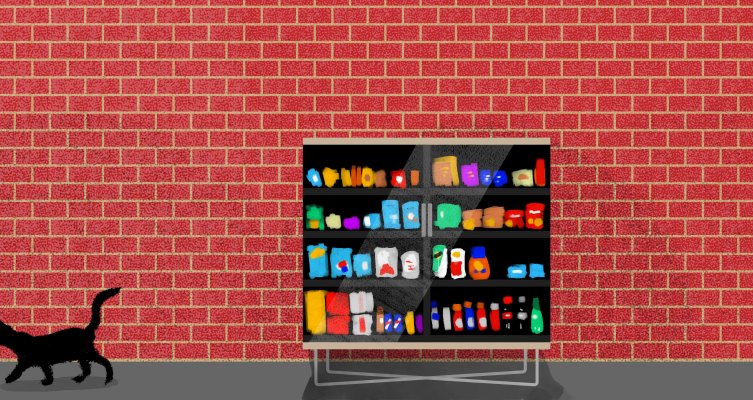 Stockwell AI entered the world with a bang but it is leaving with a whimper. Founded in 2017 by ex-Googlers, the AI vending machine startup formerly known as Bodega first raised blood pressures — people hated how it referenced and poorly ‘disrupted’ mom-and-pop shops in one fell swoop — and then raised a lot of money. But ultimately, it was no match for COVID-19 and the hit it has had on how we live.

TechCrunch has learned and confirmed that Stockwell will be shutting down at the end of this month, after it was unable find a viable business for its in-building app-controlled “smart” vending machines stocked with convenience store items.

“Regretfully, the current landscape has created a situation in which we can no longer continue our operations and will be winding down the company on July 1st,” co-founder and CEO Paul McDonald wrote in an email to TechCrunch. “We are deeply grateful to our talented team, incredible partners and investors, and our amazing shoppers that made this possible. While this wasn’t the way we wanted to end this journey, we are confident that our vision of bringing the store to where people live, work and play will live on through other amazing companies, products and services.”

We originally reached out after we were tipped off by someone who had received an email about the closure. Stockwell’s vending boxes were distributed primarily in apartment and office buildings, and it has been contacting those customers for the past week to break the news.

For what it’s worth, the building operator that was using Stockwell vending machines said it is actively in search of a replacement provider, so it seems it did get some use, but more pointedly it’s been very hard for the vending machine industry, where some distributors have seen business losses of up to 90%.

Stockwell’s closure is notable because it underscores how in the current climate, having a strong list of backers and a very decent amount of funding cannot always guarantee insulation for everyone.

As of last September, Stockwell had raised at least $45 million in funding from investors that included NEA, GV, DCM Ventures, Forerunner, First Round, and Homebrew. Its network had grown to 1,000 “stores”, smart vending machines that work a little like advanced hotel minibars: sensors detect and charge you for what you take out, and you use a smartphone app both to track what you buy and to pay for it.

As of last autumn, the company appeared to be gearing up for a widening of its business model, allowing its customers (building, office and apartment managers) to have a bigger say in what got stocked beyond the items Stockwell itself put into its machines, which included water and other beverages, savoury and sweet snacks, and a few home basics like laundry detergent and pain killers.

By December, it seems that McDonald’s co-founder, Ashwath Rajan, had quietly left the startup, and then as 2020 kicked into gear, COVID-19 took its toll.

First, consumers found themselves spending much more time working and simply being at home, going out less and bulk buying to minimise shopping efforts. That, in turn, had a big impact on the sustainability of business models based on casual, small purchases, such as the kind that one would typically make from vending machines like Stockwell’s.

Second, at a time when many are trying to minimise the spread of infection by wearing face masks, washing hands and minimising touching random objects, a big question mark hangs over the whole concept of unattended vending machines, and whether they can ever be properly sanitised. That’s impacted not only people buying items, but the workforce that’s meant to help stock and maintain these kiosks.

There have been some interesting twists in how the vending industry has handled COVID-19. Some are swapping out pretzels and Snickers and replacing them with PPE equipment, and others are finding opportunity in stocking them with healthy food specifically for front-line workers who have no other options and need quick but nutritious fixes during critical times.

But more generally, the vending machine industry has been hit hard by the pandemic.

The wider market in a normal year is estimated to be worth some $30 billion annually — one reason why Stockwell nee Bodega likely caught the eye of investors — but business has fallen off a cliff for many key operators.

The president of the European Vending Association, in an appeal in April to government leaders for financial assistance, said that business had dropped off by 90% and described COVID-19 as having a “devastating effect” on the sector. Difficult numbers for the Pepsi’s and Mondelez’s (nee Kraft) of the world, but surely the nail in the coffin for a young, promising AI-based vending machine startup that nonetheless some doubted from the word go.

Artículo anteriorPro Athletes Are Using Content to Increase Value. You Should Mimic Their Strategy.