Quantum startup CEO suggests we are only five years away from a quantum desktop computer
septiembre 14, 2020 por Fito Resendiz 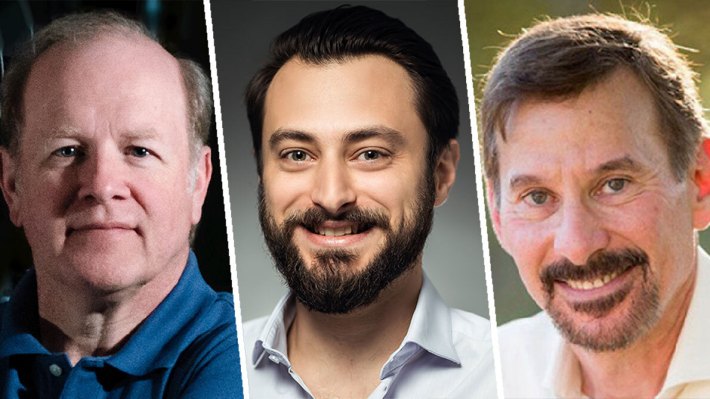 Today at TechCrunch Disrupt 2020, leaders from three quantum computing startups joined TechCrunch editor Frederic Lardinois to discuss the future of the technology. IonQ CEO and president Peter Chapman suggested we could be as little as five years away from a desktop quantum computer, but not everyone agreed on that optimistic timeline.

“I think within the next several years, five years or so, you’ll start to see [desktop quantum machines]. Our goal is to get to a rack-mounted quantum computer,” Chapman said.

But that seemed a tad optimistic to Alan Baratz, CEO at D-Wave Systems. He says that when it comes to developing the super-conducting technology that his company is building, it requires a special kind of rather large quantum refrigeration unit called a dilution fridge, and that unit would make a five-year goal of having a desktop quantum PC highly unlikely.

Itamar Sivan, CEO at Quantum Machines, too, believes we have a lot of steps to go before we see that kind of technology, and a lot of hurdles to overcome to make that happen.

“This challenge is not within a specific, singular problem about finding the right material or solving some very specific equation, or anything. It’s really a challenge, which is multidisciplinary to be solved here,” Sivan said.

“You know, you can’t rely on a system which is sitting in a cloud. So it needs to be on the plane itself. If you’re going to apply quantum to military applications, then you’re going to need edge-deployed quantum computers,” he said.

One thing worth mentioning is that IonQ’s approach to quantum is very different from D-Wave’s and Quantum Machines’ .

IonQ relies on technology pioneered in atomic clocks for its form of quantum computing. Quantum Machines doesn’t build quantum processors. Instead, it builds the hardware and software layer to control these machines, which are reaching a point where that can’t be done with classical computers anymore.

D-Wave, on the other hand, uses a concept called quantum annealing, which allows it to create thousands of qubits, but at the cost of higher error rates.

As the technology develops further in the coming decades, these companies believe they are offering value by giving customers a starting point into this powerful form of computing, which when harnessed will change the way we think of computing in a classical sense. But Sivan says there are many steps to get there.

“This is a huge challenge that would also require focused and highly specialized teams that specialize in each layer of the quantum computing stack,” he said. One way to help solve that is by partnering broadly to help solve some of these fundamental problems, and working with the cloud companies to bring quantum computing, however they choose to build it today, to a wider audience.

“In this regard, I think that this year we’ve seen some very interesting partnerships form which are essential for this to happen. We’ve seen companies like IonQ and D-Wave, and others partnering with cloud providers who deliver their own quantum computers through other companies’ cloud service,” Sivan said. And he said his company would be announcing some partnerships of its own in the coming weeks.

The ultimate goal of all three companies is to eventually build a universal quantum computer, one that can achieve the goal of providing true quantum power. “We can and should continue marching toward universal quantum to get to the point where we can do things that just can’t be done classically,” Baratz said. But he and the others recognize we are still in the very early stages of reaching that end game.

Artículo anterior5 Branding Tips Every Entrepreneur Needs to Focus On