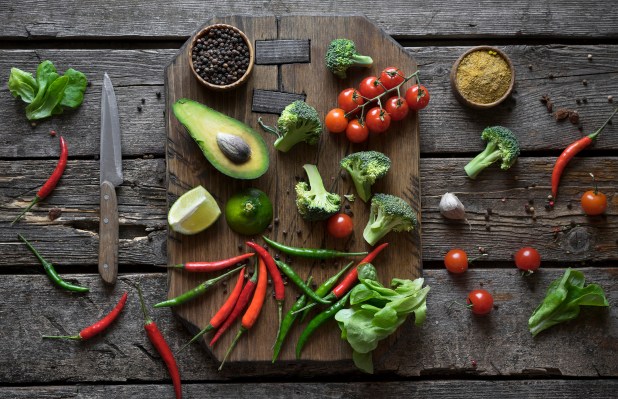 Food waste and the pressures on the global food supply chain wrought by the COVID-19 pandemic have captured headlines around the world, and one small startup based in the coastal California city of Santa Barbara has just announced $250 million in financing to provide a solution.

The company is called Apeel Sciences and over the past eight years it’s grown from a humble startup launched with a $100,000 grant from the Gates Foundation to a giant, globe-spanning company worth more than $1 billion and attracting celebrity backers like Oprah Winfrey and Katy Perry as well as large multi-national investors like Singapore’s sovereign wealth fund.

What’s drawn these financiers and the fabulously famous to invest is the technology that Apeel has developed which promises to keep food fresh for longer periods on store shelves, which prevents waste and (somewhat counterintuitively) encourages shoppers to buy more vegetables.

“The [food] system is taxed beyond its limit,” says Rogers. “We view our job at Apeel to build the food system and support the weight of a couple of more billion people on the planet.”

Rogers started working on the technology that would become the core of Apeel’s product while pursuing his doctorate at the University of California, Santa Barbara. The first-time entrepreneur’s epiphany came on the road from Lawrence Livermore Laboratory where he was working as an intern.

Driving past acres of California cropland, Rogers surmised that the problem with the food supply network that exists wasn’t necessarily the ability to produce enough food, it was that much of that food is spoiled and wasted between where it’s grown and where it needs to be distributed.

In the past, farmers had turned to pesticides to prevent disease and infestations that could kill crops and preservative methods like single-use plastic packaging or chemical treatments that had the seeds of other environmental catastrophes.

“We’re out of shortcuts,” says Rogers. “Single use plastic had its day and pesticides had their day.” For Rogers, it’s time for Apeel’s preservative technologies to have their day.

With all the new cash in Apeel’s coffers, Rogers said that the company would begin expanding its operations and working with the big farming companies and growers in Africa, Central America and South America. “To maintain 52 weeks of supply on shelves we need to have operations in the Northern and Southern hemispheres,” Rogers said.

For all of the company’s lofty goals, the company is working with a relatively limited range of produce — avocados, asparagus, lemons and limes. Still, the pitch — and Rogers’ vision — is much broader. “Let’s take what the orange knows and teach it to the cucumber so that it doesn’t have to be wrapped in plastic,” says Rogers. “When you reduce that waste there’s a ton of economic value that is unlocked.”

Right now, the way the business works is through convincing retailers about all that economic value that’s waiting to be unlocked.

In practice, once a company agrees to try out Apeel’s technology it installs the company’s treatment systems at the back end of its supply chain where all of their vegetable deliveries come in to be shipped to various locations, according to Rogers.

A single run of Apeel’s system can treat 10,000 kilograms of food in an hour, Rogers said. So far this year, Apeel is on track to treat 20 million pieces of fruit with its coatings, the company said.

“Food waste is an invisible tax imposed on everyone that participates in the food system. Eliminating global food waste can free up $2.6 trillion annually, allowing us to make the food ecosystem better for growers, distributors, retailers, consumers and our planet,” said Rogers in a statement. “Together, we’re putting time back on the industry’s side to help deal with the food waste crisis and the challenges it poses to food businesses.”