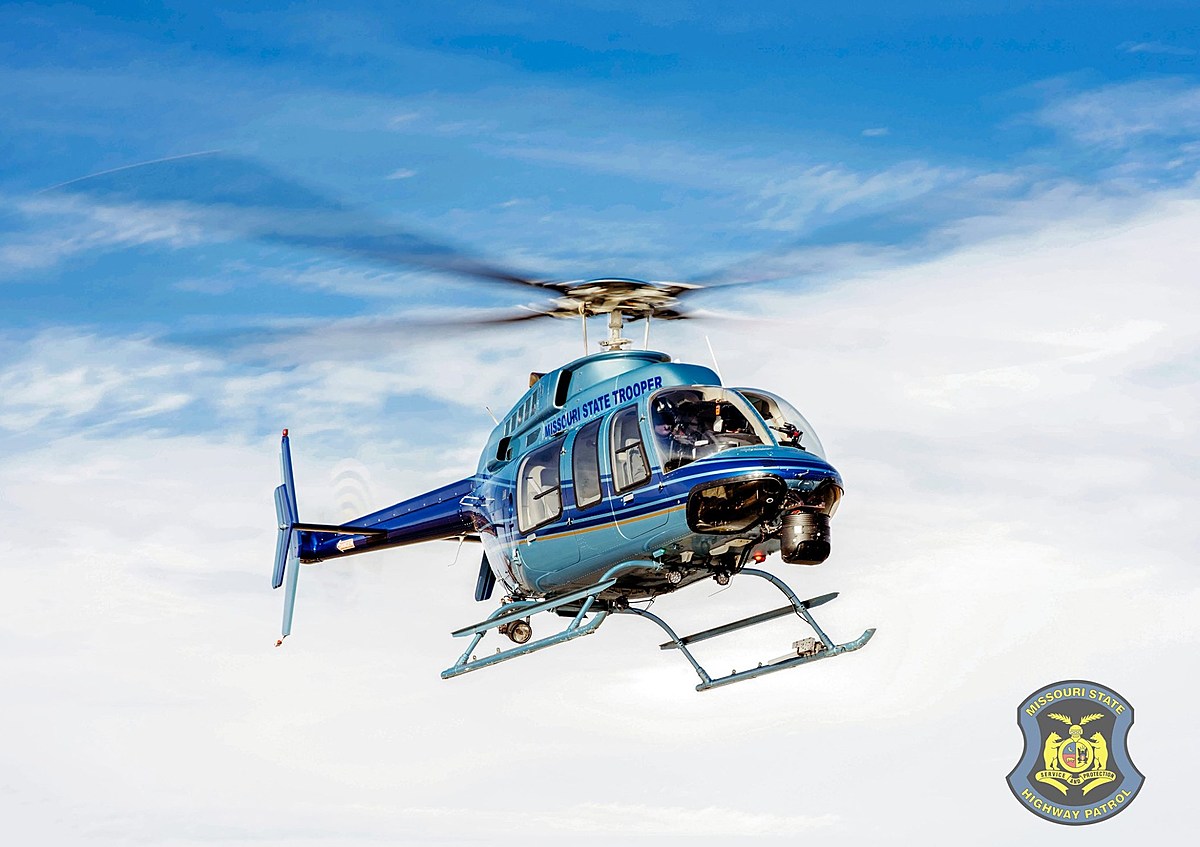 Colonel Eric T. Olson, superintendent of the Missouri State Highway Patrol, would like to make the public aware of the following:

In July 2016, the Patrol’s Aircraft Division began using an infrared camera and map overlay system on a Bell 407 helicopter. The main purpose of the equipment was to perform search and rescue missions for lost or wanted subjects.

When the equipment is not being used for these purposes, the Patrol has utilized the camera and mapping systems to assist law enforcement agencies across the state capture fleeing suspects, while ultimately increasing the safety to the motoring public, the officers, and the suspects. This method has proven to be very effective and impactful.

Applying this technology during an active pursuit, allows ground units to discontinue their active pursuit, slow down, and follow at a safe distance out of sight of the suspect. The aircraft tracks the fleeing vehicle, during either day or night conditions, and provides accurate turn-by-turn information to the ground units while recording the incident for evidentiary purposes.

The map overlay provides the flight crew with street names, points of interests, and addresses. The suspect nearly always slows to a safer, more reasonable speed. Once the suspect comes to a stop, the air crew informs ground units who make contact with the occupants of the vehicle and affect an arrest.

Since July 2016, the Aircraft Division has assisted law enforcement agencies with 114 pursuits, and has tracked 103 successfully, which is a 90.36% success rate.

Following are a few examples of successful searches by Aircraft Division personnel:

On an evening in December 2019, members of the Aircraft Division located a suicidal subject that had taken a large number of pills and fled into a wooded area. The subject was located by the air crew who then directed officers to their location. The subject received the medical attention needed and has recovered from the incident.

In the spring 2019, members of the Aircraft Division located a male subject armed with a knife who was wanted for a domestic dispute. The man was taken into custody.

On an evening in November 2019, the Aircraft Division’s air crew located a subject wanted for a shooting during a domestic dispute.

In 2018, the Aircraft Division air crew located a subject armed with a rifle who had fled into the woods near a school. The subject was located and taken into custody.

These examples show how this important technology aids in the Patrol’s mission to serve and protect the public.

Too many people die in traffic crashes each year in Missouri. The choices you make when you’re behind the wheel matter. Make good choices, so you’ll never have to say, “If I could just go back.”

Artículo anteriorHow the Unique Feature of WP-VCD is Affecting WordPress