Mike Cagney is testing the boundaries of the banking system for himself and others
diciembre 5, 2020 por Fito Resendiz 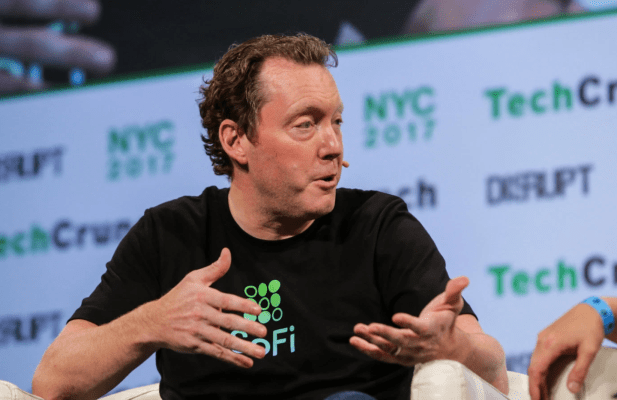 Founder Mike Cagney is always pushing the envelope, and investors love him for it. Not long sexual harassment allegations prompted him to leave SoFi, the personal finance company that he cofounded in 2011, he raised $50 million for a new lending startup called Figure that has since raised at least $225 million from investors and was valued a year ago at $1.2 billion.

Now, Cagney is trying to do something unprecedented with Figure, which says it uses a blockchain to more quickly facilitate home equity, mortgage refinance, and student and personal loan approvals. The company has applied for a national bank charter in the U.S., wherein it would not take FDIC-insured deposits but it could take uninsured deposits of over $250,000 from accredited investors.

Why does it matter? The approach, as American Banker explains it, would bring regulatory benefits. As it reported earlier this week, “Because Figure Bank would not hold insured deposits, it would not be subject to the FDIC’s oversight. Similarly, the absence of insured deposits would prevent oversight by the Fed under the Bank Holding Company Act. That law imposes restrictions on non-banking activities and is widely thought to be a deal-breaker for tech companies where banking would be a sidelight.”

Indeed, if approved, Figure could pave the way for a lot of fintech startups — and other retail companies that want to wheel and deal in lucrative financial products without the oversight of the Federal Reserve Board or the FDIC — to nab non-traditional bank charters.

As Michelle Alt, whose year-old financial advisory firm helped Figure with its application, tells AB: “This model, if it’s approved, wouldn’t be for everyone. A lot of would-be banks want to be banks specifically to have more resilient funding sources.” But if it’s successful, she adds, “a lot of people will be interested.”

One can only guess at what the ripple effects would be, though the Bank of Amazon wouldn’t surprise anyone who follows the company.

In the meantime, the strategy would seemingly be a high-stakes, high-reward development for a smaller outfit like Figure, which could carry on far more freely than banks traditionally but that would also be operating without a safety net for itself or its customers. The most glaring danger would be a bank run, wherein those accredited individuals who are today willing to lend money to the platform at high interest rates began demanding their money back at the same time. (It happens.)

Either way, Cagney might find a receptive audience right now with Brian Brooks, a longtime Fannie Mae executive who served as Coinbase’s chief legal officer for two years before jumping this spring to the Office of the Comptroller of the Currency (OCC), an agency that ensures that national banks and federal savings associations operate in a safe and sound manner.

Brooks was made acting head of the agency in May and green-lit one of the first national charters to go to a fintech, Varo Money, this past summer. In late October, the OCC also granted SoFi preliminary, conditional approval over its own application for a national bank charter.

While Brooks isn’t commenting on speculation around Figure’s application, in July, during a Brookings Institution event, he reportedly commented about trade groups’ concerns over his efforts to grant fintechs and payments companies charters, saying: “I think the misunderstanding that some of these trade groups are operating under is that somehow this is going to trigger a lighter-touch charter with fewer obligations, and it’s going to make the playing field un-level . . . I think it’s just the opposite.”

Christopher Cole, executive vice president at the trade group Independent Community Bankers of America, doesn’t seem persuaded. Earlier this week, he voiced concerns about Figure’s bank charter application to AB, adding that he suspects that Brooks “wants to approve this quickly before he leaves office.”

Perhaps so. Brooks’s days are likely numbered. Last month, he was nominated by President Donald to a full five-year term leading the federal bank regulator and is currently awaiting Senate confirmation. But the move — designed to slow down the incoming Biden administration — could be undone by President-elect Joe Biden, who can fire the comptroller of the currency at will and appoint an acting replacement to serve until his nominee is confirmed by the Senate.

Even still, Cole’s suggestion is that Brooks still has enough time to figure out a path forward for Figure — and, if its novel charter application is approved, and it stands up to legal challenges — a lot of other companies, too.

Artículo siguiente Gearing Up For a Big Launch Day? 5 Strategies to Execute It Stress-Free