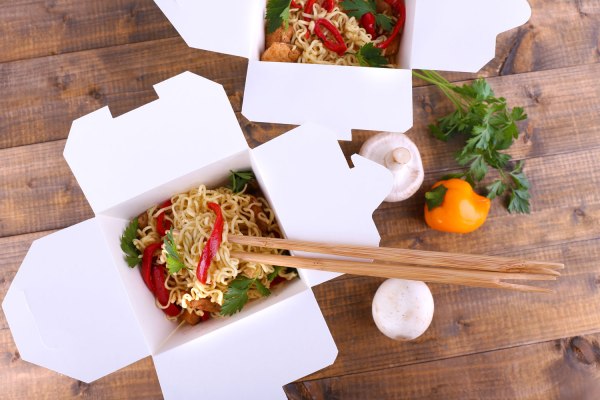 On the heels of Amazon getting approval from the competition authority to proceed with an investment leading a $575 million round for food delivery startup Deliveroo in the UK, two of Deliveroo’s biggest rivals got their own £6.2 billion merger approved, and they have subsequently picked up an extra $756 million to come out fighting.

Today, the competition watchdog in the UK officially gave a nod to the merger, originally valued at $10 billion but more currently valued at £6.2 billion, between UK’s JustEat and the Netherlands’ Takeaway.com. And along with that, the merged company announced that it had raised €700 million ($756 million) in new outside funding in the form of new shares and convertible bonds.

JustEat and Takeaway had already been respectively trading on the London and Netherlands stock exchanges — on LSE as ‘JET’ and on AMS as ‘TKWY’ — and they said they would use the capital and convertible bond issue to pay down debts, business development and other corporate purposes and potential acquisitions in what remains a very fragmented and crowded market for food delivery in Europe and elsewhere, despite the rapid scaling we’re seeing among some of the biggest players.

Specifically the pair said in their announcement that they would use the money to “partially pay down revolving credit facilities currently utilised by both Just Eat and Takeaway.com, for general corporate purposes as well as to provide the Company with financial flexibility to act on strategic opportunities which may arise.”

The two also noted that the placement is conditional on the two getting successfully admitted to trade as a merged company. They’ve made the application for this and it is expected to become effective on April 27.

The Competition and Markets Authority, meanwhile, noted that its decision was influenced by the fact that Takeaway.com had not been active in the UK market and “we are satisfied that there are no competition concerns.”

“Millions of people in the UK use online food platforms for takeaways and, where a merger could raise competition concerns, we have a duty to rigorously investigate whether customers could lose out. In this case, we carefully considered whether Takeaway.com could have re-entered the UK market in future, giving people more choice,” it said. “It was important we investigated this properly, but after gathering additional evidence which indicates this deal will not reduce competition, it is also the right decision to now clear the merger.”

The moves cap of a turbulent nine months for the two companies, which announced their intention to merge last year to bulk up against pricey competition from Uber Eats, Deliveroo (which itself was getting a huge cash injection and support from the mighty Amazon) and more. After the two announced their intentions to come together, Prosus (the tech holdings of Naspers) also made a protracted, hostile bid for JustEat.

Online food delivery services have been a popular business in the world of tech: three-sided marketplaces bring together restaurants, consumers who would rather stay home but still want to eat restaurant food, and an army of delivery people who largely work as contractors to shuttle between the other two — but their growth has come at high costs.

Heavy competition between a number of firms, and the overall unit economics of on-demand services, have meant that all of them need large sums of cash to grow and often survive while they slowly inch towards profitability. (And those that cannot raise that cash often fall by the wayside or are swallowed up in larger consolidation plays for economy of scale.)

The big question is how the current climate is going to affect that general model. Stay-at-home orders have been a huge boost for businesses that cater to people making transactions virtually, or staying at home; and food delivery services check both of those boxes.

At least in the short term, that has spelled major opportunity for all of them, and the most optimistic believe that even if that outsized surge abates when some of our COVID-19 restrictions get relaxed, it will leave in its place a permanent shift among consumer and business behaviour.

For its part, the CMA noted that “millions” of people in the UK are using take-out services and that it is trying to be more flexible and efficient during COVID-19 to enable more services to people.

“During the COVID-19 outbreak, the CMA is working with businesses where it can to be flexible – for example, by recognising that there may be delays in providing the information it needs to conduct investigations,” it said. “However, it is also trying to complete investigations efficiently at this time, wherever possible, to provide businesses with certainty. In this case, the CMA was able to publish its final decision 26 days ahead of the statutory deadline.”

Artículo siguiente How to Know If You're Producing Quality Content