I Took Over an Entire Convention With The Smallest Booth — Here’s How
septiembre 9, 2020 por Fito Resendiz 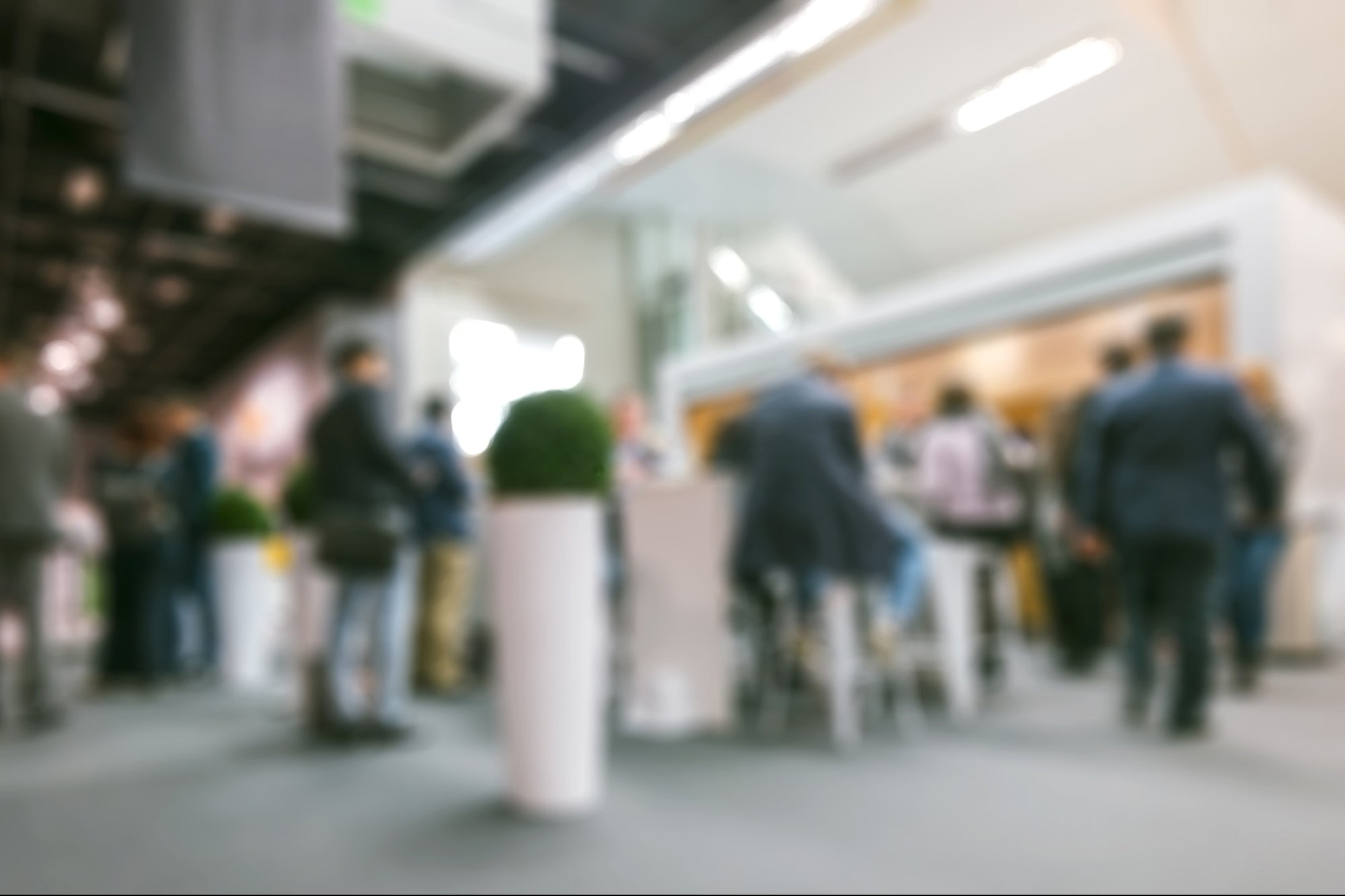 Traditional trade conventions are an outstanding way to show off your products or services and connect with potential customers and partners. But just like on the Internet, there’s a lot of noise you need to overcome to stand out and make people want to walk over to your booth instead of someone else’s. I have a simple strategy I’ve used with enormous success for this very purpose.

In my previous company, Sunbelt Software, we focused on selling products to system administrators. So, in terms of events, we hit up Microsoft tech conferences and similar trade shows. Those events usually brought in anywhere from 4,000-8,000 people, so we knew they would be a fantastic opportunity to rub elbows in a huge way — if we could just figure out how to draw people to us.

We had to think — what could we do that would appeal universally to this particular demographic and that would outshine the other vendors even if we couldn’t anticipate what they’d offer?

And then we had our “Aha!” moment. With a raffle, we could generate positive interest with a little friendly suspense, taking advantage of everybody’s natural inclination to want to beat the odds, which at a trade show are much better than the lottery.

Of course, there was the little problem of the raffle item. We had to make sure it was something people would really go nuts for, or nobody would drop by the booth to get scanned and grab a ticket. The solution? A quick survey of our fellow techies to find out what they thought would be the ultimate, super-cool giveaway for a trade show.

After doing the survey, we went to TechEd 2006 in Boston. Our booth was nothing special, just a 10-by-10 space. But based on the survey results, we’d brought in — picture this — a spectacular custom-painted Harley Davidson chopper.

The buzz was overwhelming. We could tell that everybody was itching for a shot, imagining themselves getting away from technical code, security and so on and winning the freedom the bike boldly offered. To get a ticket, though, they had to register with us. And did they ever.

By the time the show ended at 4 p.m., it was pretty obvious our strategy had paid off. Crowds of people were gathered around our booth to see who would win. We had someone get up on a ladder with a megaphone and pull a number from the raffle barrel. There was a terrific moment of tension, and then everybody gave a mix of oh-wells and congratulations as a very happy attendee came up to claim the bike. Everybody had a great time, and for our effort, we walked out of the show with practically every attendee there in our database.

Related: 5 Tricks to Help You Stand Out at a Trade Show

Making the technique your own for the long-term

Because this trick was so successful, it was a no brainer for us to keep doing it — so we’ve been using raffles at shows for a number of years now. It’s something that you can use at virtually any conference, and the sequence of survey-raffle-get leads isn’t going to change much regardless of which industry your event might be for.

But there are two caveats.

First, make sure that you introduce your raffle at the right time at events that have a sufficient audience. We tried this strategy in the early days of KnowBe4, but there just weren’t enough people at the show to make it worth it.

Secondly, be flexible in what you raffle off based on your survey results. If we were to do this today, people might tell us that their ultimate giveaway item isn’t a Harley chopper anymore. It could be a Tesla Model 3 or any other number of things you normally wouldn’t associate with your own business. You always need to listen to your audience and decide from there, and you should give people at least a little bit of an idea about what they might see to drive interest.

As you keep these points in mind, remember that there are a lot of convenient ways to survey your audience, such as with an online form. You can use whatever makes sense given your timeframe, resources and your audience’s known preferences. And you’ll have two ways to get the items you’re going to raffle. The first is to approach the company that makes or sells what people want and ask them if they’ll donate the item for the exposure they’ll get at the show, which can be a great way to make new connections and build lasting partnerships. But you can also purchase the raffle item yourself if you have the budget to do so — you just need to have some evidence that the value of the leads you’ll get will outpace the cost of the raffle item.

Related: 4 Ways to Get Noticed at a Crowded Trade Show

Visibility and fun in one package

Raffles at trade shows work largely because, on top of offering fantastic visibility, they’re super fun. Most people don’t have one going on, so attendees naturally will turn their attention to what’s different. And people like the idea that they’ll leave with more than they put in — that they’ll come out ahead compared to everybody else.

So yes, there’s definitely a serious side to business and getting yourself out there. But you should be able to enjoy yourself along with your customers, too! With a convention raffle, you can do both with enormous success.