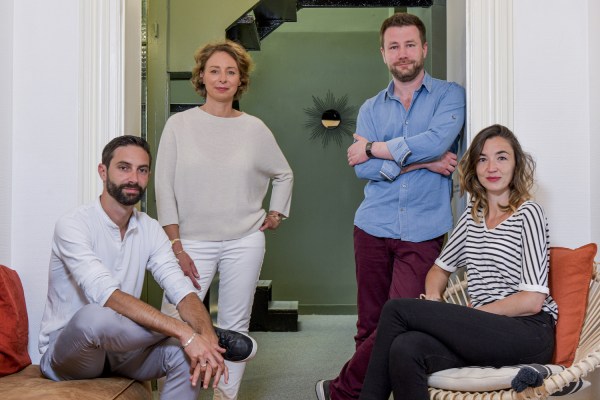 Api.video, a “developer-first” video platform that makes it easier for websites and apps to video features, has raised $5.5 million, in a seed round led by London venture capital firm Blossom Capital. Also participating is Kima Ventures and a number of angel investors.

Founded in 2019 by Cédric Montet, the former founder and CEO of Libcast’s live streaming and on-demand SaaS video platform, api.video aims to do a lot of the heavy lifting required to incorporate modern video functionality into websites and mobile apps, and in turn help grow the market for what it calls “transactional video communications”.

“This could include video reviews filmed by holidaymakers uploaded to the likes of airbnb; clips posted to peer-learning, educational sites that help explain complex parts of a curriculum; or audiovisual contents in collaborative platforms that are usually text-oriented,” explains the French company.

To make this possible, api.video’s platform promises to abstract the multi-step processes of modern online video into a a single API that offers transcoding, hosting, delivery and analytics. Or, put simply, the startup wants to become the Twilio for video.

“Most apps and websites today are based around sharing text and images, because video – until now – has simply been too complex to implement,” Montet tells me. “Whether it’s for hotel reviews, dating sites, e-learning, collaborative and customer service platforms or online marketplaces, video offers the ability to convey depth beyond what text and images can”.

However, the problem that many companies, particularly those that don’t have video at the core of the business, have held back from introducing such features due to complexity and despite increasing demand from audiences.

“Api.video solves these problems by not only enabling developers within any company, of any size and type, to unlock the potential of video with only a few lines of code. But it offers a complete end-to-end solution with a transparent pricing plan and a single bill,” explains Montet.

The result is that developers can build transactional video communications “at scale,” he says, regardless of the systems their companies use or the type of content they need.

To that end, Montet says the funding from Blossom Capital and Kima Ventures will be used to grow the api.video team internationally and to “penetrate new markets”.

“We’re also looking to hire the best talent to achieve our tech goals of ultra-low latency streaming and building a global EDGE Infrastructure. We’ll add open-source plugins for popular platforms, such as WordPress, e-learning environments and collaborative platforms. We aim to keep providing an excellent documentation and native SDK in the most popular languages to help our users to integrate video without hassle”.

Artículo anteriorHow Businesses Can Leverage the Power of TikTok