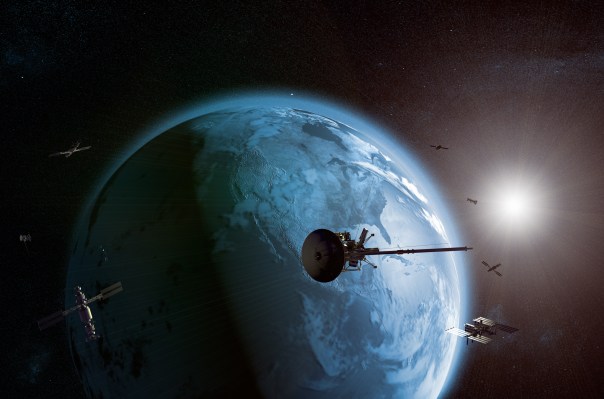 When Payam Banazadeh and his team started Capella Space in 2016, they had visions of providing private industry with a wealth of new data that they could use in all sorts of ways to create business opportunities and improve efficiencies.

Capella is still successful. The company has managed to raise $82 million in venture capital financing and has a robust pipeline of government contracts, but Banazadeh has not seen the kinds of uptake in private industry.

He’s not the only one.

Speaking at TC Sessions: Space 2020, Banazadeh was among a number of executives including Peter Platzer, the chief executive officer of Spire Global; Helsinki-based ICEYE’s co-founder and chief executive Rafal Modrzewski; and Melanie Stricklan, the founder and chief strategy officer of Slingshot Aerospace; who spoke about the central role government plays in the current space business and how they’re hoping that will change.

“I think regulation in the US… has made huge improvements this past year. But the challenge is always how do you balance national security concerns with making sure that the US industrial space can keep up with the competition internationally,” Banazadeh said. “I think we need to… in the US… we need to take a leadership position to not just restrict the US companies on following what international companies are doing, but rather allow US companies to go above and beyond and be able to capture more of the commercial market by being able to provide some of the more advanced features [that they have] on the government side.”

“When we were starting ICEYE, we were kind of all under the impression that the idea behind new space and things that we are doing, is really to enable the use of observation for the betterment of the world… For improving efficiencies of businesses, monitoring climate change, doing all these things that that that we haven’t been able to do to do before,” he said. “And when I look at basically democratizing data and handing best capabilities available to commercial industries, as well as to the government, ultimately, right, because they are users of the same, the same supply chain. I see that you know, the largest factor that’s currently stopping the evolution is actually national approach to particular sets of activities. I think the the more globally we approach to the market, the broader the competition, the less limitation we impact… It seems to work significantly better for everyone as a global community, if we allow those companies to freely collaborate, and the data exchange to be free. So if there was one wish that I had for 2021, it is to have less borders, and more open markets in terms of exchange of data.”

Governments are, already, massive customers for most of these businesses. In total government spending represents around half of the total $423 billion spent on the space industry already, according to data from Statista.

But if the industry is to achieve the $1 trillion potential revenue that Morgan Stanley projects for businesses in the next 20 years, then more will have to be done to unlock private industry.

“When we started the company, we saw the immediate opportunity in commercial. And as we dug a little deeper and made some progress, we realized that the commercial market is still not as mature as we had hoped it to be. And in the meantime, we quickly found out that the government market, both US government, as well as international governments are expanding and growing much faster than, than before, specifically for this type of data, because of the new challenges and challenges and threats that are that are around the corner,” Banazadeh said. “And so we’ve pivoted and focused on going after governments in catering to their needs… We do want to get back into commercial, we have that aspiration. And that’s our long term goal. We just think that we’re probably a few years out to get there.”

While the commercial market may not have materialized to the degree that these entrepreneurs would have hoped, there are still opportunities for plenty of business from government contracts thanks, in part, to the increasing complexity of operating in space.

That means big business for company’s like Slingshot, which provides what Stricklan calls “situational awareness.”

“Whether that’s in orbit or terrestrially, we provide answers to our customers around their risk and and how to mitigate that risk, or at least how to understand the risk as it pertains to spatial-temporal information,” Stricklan said. “And so right now … their most important asset is their data [and] in order to get that data, they have to have their satellites in orbit, and they have to have safety of flight and all those different things.”

The exploding number of satellites in orbit and the presence of nearly 500,000 pieces of space debris means that operationally these very expensive assets are at greater risk than they were. Slingshot tries to solve that problem by giving its customers orbital awareness of potential risks, and providing ways to process data to understand the terrestrial risks that companies face.

Everyone from insurance companies to logistics providers to financial investors use satellite data and imagery in their decision making process and an increasing driver for all of these businesses is a chance to model out impacts from climate change, according to Platzer.

“I think I think the demand for a global understanding off the planet, to use its resources in an effective and responsible way, is unabated. You know, perspire in particular, you know, the impact of climate change through weather on every single business in every single country, for every single person is certainly not going away. And so that demand is is absolutely increasing,” Platzer said. “So I honestly actually see mostly, almost exclusively opportunities, and not necessarily obstacles, funding in the industry is growing at 46%. year over year. Company creation is growing at 32% year over year. So I think I think it’s really a very, very dynamic period, which is more dominated by opportunities than obstacles I would say.”

Increasingly, startups will be able to meet these opportunities, especially if they can receive a boost from government entities that can highlight the areas that are emerging business opportunities and leave it to private industry to pursue them, Modrzewski said.

Still, the panelists agreed that there’s no better time to start a company focused on the space industry than now.

“If I could encourage those that have any sort of inspiration to start a company around space to do it, just do it. Execute on that, that vision, but understand all of the, the things that we talked about today are different than the risk of say, starting a marketing company or those different things. So be up to the challenge to understand the government as part of this and understand rules and regulations, and outside the government that impact how we fly satellites, how we take care of satellites, how we provide data and understand that there’s a lot of legacy that comes with this industry,” Stricklan said. “I think the global space ecosystem is one that remains heavily siloed. It’s not like the digital transformations that have happened in Silicon Valley. Over the last 10 or 15 years. This industry still needs that digital transformation and so the the world is your oyster, but be prepared and be up for the challenge.”

Artículo siguiente 3 Creative Ways to Monetize Your Next Business Event