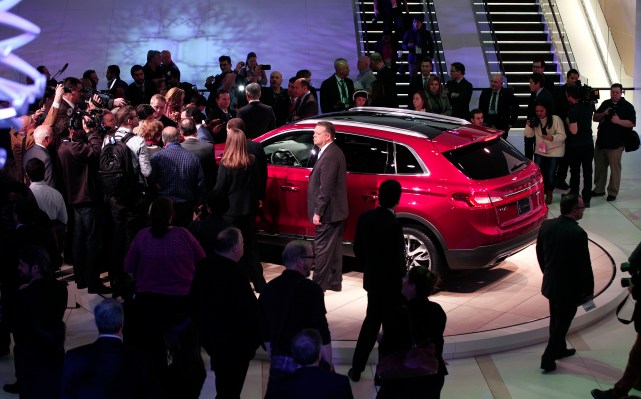 The North American International Auto Show, which was scheduled for June in Detroit, has been canceled as the COVID-19 pandemic continues to spread and the city prepares to repurpose the TCF Center into a temporary field hospital.

NAIAS is held each year in the TCF Center, formerly known as the Cobo Center. Organizers said they expected the Federal Emergency Management Agency to designate the TCF Center as a field hospital.

“Although we are disappointed, there is nothing more important to us than the health, safety and well-being of the citizens of Detroit and Michigan, and we will do what we can to support our community’s fight against the coronavirus outbreak,” NAIAS Executive Director Rod Alberts said in an emailed statement.

The NAIAS is the latest in a long line of events and conventions that have been canceled as COVID-19, the disease caused by the coronavirus, has spread from China to Europe, and now the U.S. and the rest of the world.

More than 100 convention centers and facilities around the country are being considered to potentially serve as temporary hospitals. Alberts said it became clear that TCF Center would be an inevitable option to serve as a care facility.

The NAIAS, also known as the Detroit Auto Show, will be held in June 2021. Organizers are discussing plans for a fundraising activity later this year to benefit the children’s charities that were designated as beneficiaries of the 2020 Charity Preview event.

This year’s show was highly anticipated because it had moved from January to summer, following years of encouragement to schedule it during the warmer months.

All tickets purchased for the 2020 NAIAS show, including tickets for the Public Show, Industry Preview and Charity Preview will be fully refunded, organizers said. Charity Preview ticket holders will be given the option of a refund, or the opportunity to donate the proceeds of their refund to one of the nine designated Charity Preview beneficiaries. The NAIAS ticket office will be in contact with all ticket holders, according to the organizers.

Artículo siguiente The Station: Bird and Lime layoffs, pivots in a COVID-19 era and a $2.2 trillion deal