More than half a dozen volunteers have banded together in India to launch a crowdsourced tool to help people in the nation identify and locate nearby grocery stores, pharmacies, and cash machines as New Delhi extends the nationwide lockdown to May 3.

The service, called Covidmaps, allows people to locate operational grocery stores, pharmacies, cash machines in their vicinity and find up-to-date details such as when the store opens and closes, the items it has in stock, and whether the store relies on a queuing system.

It relies on people to add new stores, explained Phani Kishan, one of the founding members of Covidmaps, in an interview with TechCrunch. Users are also tasked with updating details about different stores. 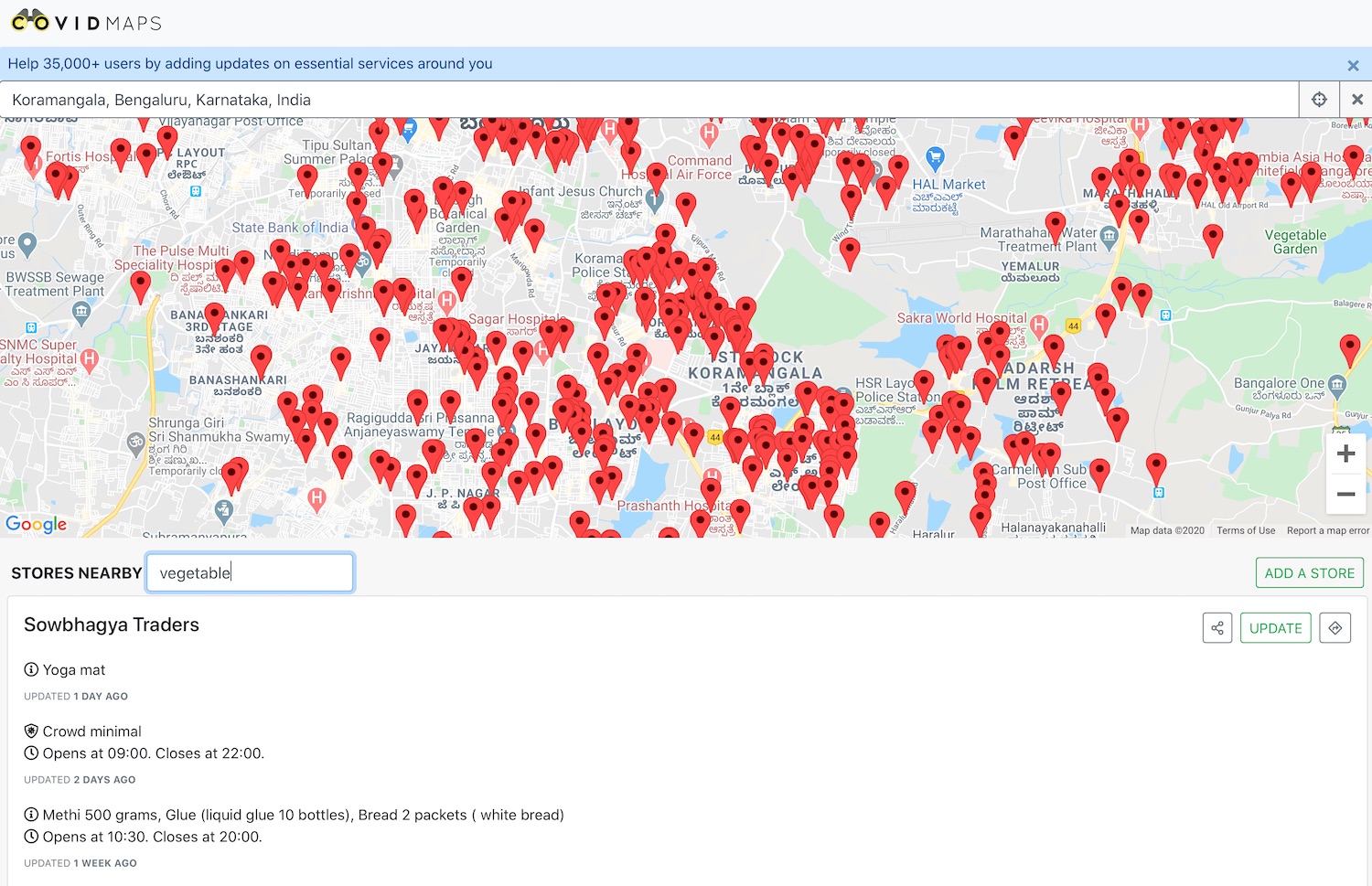 India ordered a 21-day nationwide lockdown last month that has restricted people’s movement and shut most stores in a bid to contain the spread of the coronavirus. On Tuesday, India’s Prime Minister Narendra Modi extended the lockdown to May 3.

Kishan said seven people are today collaborating on Covidmaps, all of whom are working on it as a side project. At his day job, he works at Swiggy, India’s largest food delivery startup.

The service has already amassed more than 50,000 visitors, including some from outside of India. Covidmaps is currently seeing most traction in Bangalore, Mumbai, Hyderabad, Pune, and Vancouver.

“People in Delhi and other places are also beginning to participate. But it takes some time before there are enough stores listed in a vicinity before the service gets popular there,” said Kishan, who said he is hopeful people outside India would find it useful, too.

Kishan said that some services in India such as startup Dunzo has also started to use Covidmaps as their delivery personnel try to find stores in different localities to serve customers.

On Monday, Google unveiled Nearby Spot on Maps that allows users to find some stores in their vicinity. The company sources this information when a person uses Google Pay to complete a transaction at a store. Kishan said Google had provided free credit to Covidmaps so that it can use Maps Platform.