Commercial real estate could be in trouble — even after this is over
abril 9, 2020 por Fito Resendiz 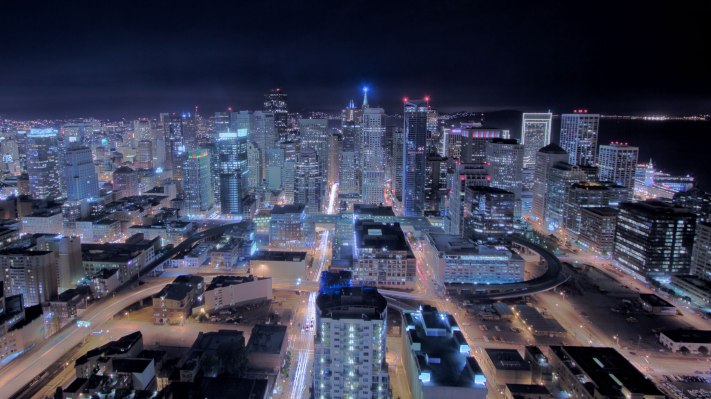 Commercial real estate owners, brokers, and landlords have collectively made many hundreds of billions of dollars a year in recent years as the economy zipped along.

Now, they’re getting clobbered by the pandemic-fueled economic crisis. Worse, their industry may be forever changed by it.

To state the obvious, extracting rent from nearly anyone right now is problematic. According to the National Multifamily Housing Council, just 69% of U.S. households had paid their rent by April 5 compared with the 81% who’d paid by March 5 and the 82% who paid by the same time last year.

That statistic will almost assuredly look worse by May 5, given the soaring numbers of both laid-off and furloughed employees.

On the commercial side, the problem is beginning to look as dire. In addition to the countless small retail and restaurant businesses that may be forced to permanently vacate their commercial spaces because they can no long afford them, a growing number of corporate chains is also beginning to prove unwilling or able to pay their rent.

WeWork, for example, has stopped paying rent at some U.S. locations while it tries to renegotiate leases, says the WSJ, this even as the co-working company continues to charge its own tenants.

Staples, Subway and Mattress Firm have also stopped paying rent as a way to strong-arm building owners into rent reductions, lease amendments and other courses of action designed to offset the losses they are incurring because of the coronavirus.

The question begged is what happens next. While some may look to muscle their way into distressed assets, it’s very possible that more broadly, the commercial real estate market will never look the same.

For one thing, while small retailers and restaurants melt away, some of their online rivals are beefing up. Amazon, despite no shortage of bad publicity, gains market share by the day. In fact, this week, it again sailed into trillion-dollar territory.

The online streetwear marketplace StockX is also booming, as we reported a few weeks ago. As said its CEO, Scott Cutler, at the time: “[W]e’ve always been a marketplace of scarcity, but now you can’t actually go into a real retail location, so you’re coming to StockX.”

The landscape may change particularly quickly in markets like San Francisco, Chicago, Boston, and New York, where not only is there a density of independent shops and restaurants, but startup employees and other white collar workers are suddenly working from home — and perfecting the art of distributed teamwork.

Consider Nelson Chu, the founder and CEO of Cadence, a seed-stage, 17-person securitization platform startup in New York. After recently landing $4 million in funding, Cadence signed a lease last month with a landlord who has agreed to start charging the outfit only when it is able to move into its new uptown digs.

It’s a good deal for Cadence, which doesn’t have to worry about paying for square footage it can’t use. Nevertheless, Chu notes that being forced to work remotely has awakened him to the possibility of incorporating more remote work into the startup’s processes.

“You always question whether remote work will impact business continuity,” says Chu “But now that we’re forced to do it, we haven’t skipped a beat. There could be something to be said for having less office space and allowing the people who commute from out of state to not have to be in the office every day.”

It’s easy to imagine that, using tools like Slack, Google Sheets, and Zoom, other founders and management teams that hadn’t already joined the telecommuting trend are coming to the same conclusion.

“Remote work is something we’re thinking a lot about right now,” says Colin Yasukochi, director of research and analysis at the commercial real estate services giant CBRE. “People are right now being forced to do it,” but “I think some will inevitably stick” to working remotely, he says. “The question of how many, and for how long, is unknown.”

Certainly, it’s not the trend CBRE or others in the real estate world were expecting this year. An “outlook” report published by CBRE last November sounded understandably rosy. “Barring any unforeseen risks,” it said at the time, “resilient economic activity, strong property fundamentals, low interest rates and the relative attractiveness of real estate as an asset class” collectively suggested that 2020 would be a “very good year” for commercial real estate.

In the ensuing months, of course, that unforeseen risk has prompted shutdowns that have led to layoffs across nearly every sector of the economy. It has also — by the very nature of it being a viral contagion — made it highly likely that even when people are allowed to re-occupy commercial spaces, they’ll be less enthusiastic about dense workspaces.

This is doubly true if they know they can get their work done outside the office.

It could well lead to reduced demand for office space later on. It could also mean the same amount of space — or perhaps even more —  with reconfigured office layouts. No one yet knows, including commercial estate brokers.

Mark George, a San Jose, Calif.-based broker with the commercial real estate company Cresa, is currently working from home, where he shares an office with his wife, who is also working remotely for the first time. It’s nice to be home with their children, says George, but being housebound makes it harder to get a pulse on industry changes, particular in his industry.

Brokers are “somewhat isolated,” he says. “Touring activity has dried up because we can’t show space. City Hall is closed in every municipality, so you can’t pull permits. The industry is really shut down.”

George said that “deals that were at the finish line probably got signed” before the coronavirus really took hold in the U.S. But the “deals that were close and not quite there? Every deal I’ve seen has been put on ice. Everyone is in a holding pattern.”

A Cresa colleague of George in San Francisco, Brandon Leitner, echoes the sentiment, saying that “things are not moving fast.” Still, Leitner expects the firm — which handles clients as big as Twitter to Series A and even seed-stage companies — will see a deluge of activity once the city’s current stay-in-place mandate is lifted and brokers can start showing properties again.

Specifically, Leitner expects the market to come down by “at least 10% and probably 20% to 30%” from where commercial space in San Francisco has priced in several years, which is $88 per square foot, according to CBRE. Driving the expected drop is the 2 million square feet that will come onto the market in the city as soon as it’s possible — space that companies want to get off their books.

That’s a lot, particularly given that there is roughly 3.2 million square feet of commercial space available already, according to CBRE’s Yasukochi, who adds that a “good amount” came onto the market in the last six months alone.

Say it ain’t so

That’s not great for landlords, who are “hesitant right now to put a new number on the market,” says Leitner.

He offers that they are “realistic” and likely to “make as many concessions as they can” to hang on to and attract new tenants. Of course, there’s only so much they can do. They typically have debt to contend with, meaning that if there’s a sustained downturn, or fewer people return to the office, they will themselves be relying on their relationships with lenders to see them through.

George, the San Jose-based broker, believes lenders will be inclined to help in order to preserve their own investments. The Federal Reserve may also give the banks the ability to defer mortgage payments, which would make it easier for property owners to put off charging rent.

Even still, whether the commercial real estate market comes all the way back after Covid-19 remains to be seen.

“This [pandemic] is something we’ve never experienced before,” notes Yasukochi. He says CBRE’s economists estimate the next two quarters will be “very tough.” At the same time, he says, the market “might see a substantial” uptick in the four quarter.

“It really depends on whether demand bounces back, and whether expansion plans will be put on hold, or permanently [shelved].”

For now, he seems optimistic about a return to business as usual, particularly within his home market of San Francisco.

It “feels like things go wrong really fast in the Bay Area,” says Yasukochi. “But typically, they come back really fast, too.”

No doubt industry players are counting on it.

Artículo siguiente "Can I Send Cold Pitches During Coronavirus?"