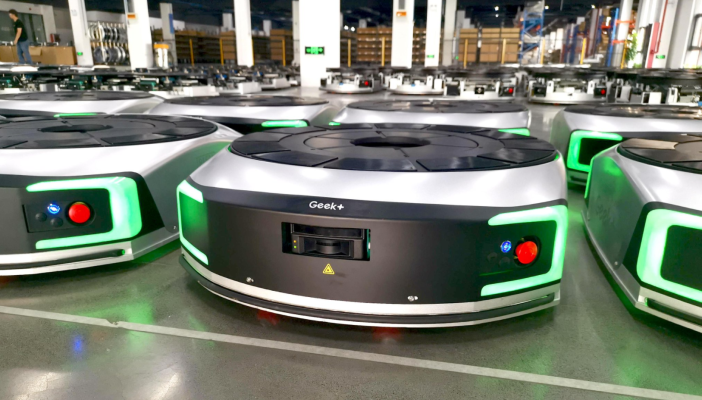 Chinese robots will soon be seen roaming a number of warehouse floors across North America. Geek+, a well-funded Chinese robotics company that specializes in logistics automation for factories, warehouses and supply chains, furthers its expansion in North America after striking a strategic partnership with Conveyco, an order fulfillment and distribution center system integrator with operations across the continent.

Geek+ is seizing a massive opportunity in replacing repetitive warehouse work with unmanned robots, a demand that has surged during the coronavirus outbreak as logistics services around the world face labor shortage, respond to an uptick in e-commerce sales, and undertake disease prevention methods.

The partnership will bring Geek+’s autonomous mobile robots, or ARMs, to Conveyco’s clients in retail, ecommerce, omnichannel and logistics across North America. The deal will give a substantial boost to Geek’s overseas distribution while helping Conveyco to “improve efficiency, provide flexibility, and reduce costs associated with warehouse and logistics operations in various industries,” the partners said in a statement.

Beijing-based Geek+ so far operates 10,000 robots worldwide and employs some 800 employees, with offices in China, Germany, the U.K, the U.S., Japan, Hong Kong and Singapore. Some of its clients include Nike, Decathlon, Walmart and Dell.

Since founding in 2015, the company has raised about $390 million through five funding rounds, according to public data collected by Crunchbase, including a colossal $150 million round back in 2018 which it claimed was the largest-ever funding round for a logistics robotics startup. It counts Warburg Pincus, Vertex Ventures and GGV Capital among its list of investors.

Artículo anteriorWhat Does the Crisis Mean for the Sharing Economy?