Cendana Capital, which has been backing seed funds for a decade, has $278 million more to invest
julio 1, 2020 por Fito Resendiz 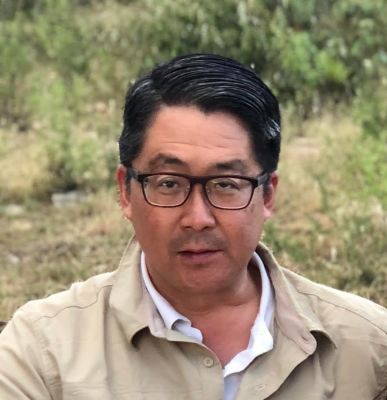 When in 2010, former VC Michael Kim set out to raise a fund that he would invest in a spate of micro VC managers, the investors to which he turned didn’t get it. Why pay Kim and his firm, Cendana Capital,  a management fee on top of the management fees that the VC managers themselves charge?

Fast forward to today, and Kim has apparently proven to his backers that he’s worth the extra cost. Three years after raising $260 million across a handful of vehicles whose capital he plugged into up-and-coming venture firms, Kim is now revealing a fresh $278 million in capital commitments, including $218 million for Cendana’s fourth flagship fund, and $60 million that it will be managing expressly for the University of Texas endowment.

We talked with Kim last week about how he plans to invest the money, which differs slightly from how he has invested in the past.

Rather than stick solely with U.S.-based seed-stage managers who are raising vehicles of $100 million or less, he will split Cendana into three focus areas. One of these will remain seed-stage managers. A smaller area of focus — but one of growing importance, he said — is pre-seed managers who are managing $50 million or less and mostly funding ideas (and getting roughly 15% of each startup in exchange for the risk).

A third area of growing interest is in international managers in cities where seed-stage startups can now reliably find follow-on financial support. In fact, Kim says Cendana has already backed small venture firms in Australia (Blackbird Ventures), China (Cherubic Ventures, which is a cross-border investor that is also focused on the U.S.), Israel (Entree Capital), and India (Saama Capital), among other spots.

“To be extremely clear about it and transparent,” said Kim, “that’s a stacked fee that’s on top of what our [VC] fund managers charge. So Cendana LPs are paying 3.5% and 30%.” An observer “might think that seems pretty egregious,” he continued. “But a number of our LPs are either not staffed to go address this market or are too large to actually write smaller checks to these seed funds. And we provide a pretty interesting value proposition to them.”

“A lot of these well-known fund of funds are asset gatherers,” he says. “They’re not charging carried interest. They’re in it for the management fee. They have shiny offices around the world. They have hundreds of people working at them. They’re raising billion-dollar-plus kind of funds. And they’re putting 30 to 50 names into each one, so in a way they become index funds.” The problem, says Kim: “I don’t think venture is really an asset class. Unlike an ETF that’s focused on the S&P 500, venture capital is where a handful of fund managers capture most of the alpha. Our differentiation is that we’re creating very concentrated portfolios.”

How concentrated? Cendana typically holds anchor positions in up to 12 funds, plus makes $1 million bets on another handful of more nascent managers that it will fund further if they prove out their theses.

For those curious about its returns, Kim says that Cendana’s very first fund, a $28.5 million vehicle, is “marked at north of 3x” and “that’s net of everything.”

He’s optimistic that the firm’s numbers will look even better over time.

According to Kim, Cendana currently has 38 so-called unicorns in its broader portfolio. It separately hold stakes in 160 companies that are valued at more than $100 million.