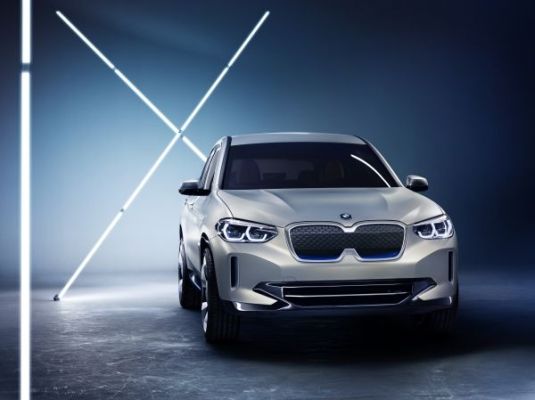 BMW will not bring the iX3, the automaker’s first electric crossover, to the U.S., the latest automaker to shift its EV strategy to Europe and China.

BMW told Automotive News, the first media outlet to report the change, that at this time, it doesn’t have plans to bring iX3 to the U.S. market. The change is notable because the iX3 is based off of the X3, the most popular BMW model in the U.S.

The BMW iX3, which will be manufactured in China, is scheduled to come to market in the first half of 2021.

BMW unveiled the iX3 concept at the Auto China 2018 show in Beijing. The automaker is targeting the U.S., Europe and China for its broader EV strategy. However, the realities of the U.S. market, where automakers with the exception of Tesla have faced a tepid response to EVs, mixed with stricter emissions regulations in Europe, are now hitting home for BMW.

BMW isn’t the only automaker to pull back plans to bring upcoming electric vehicles to the U.S. Mercedes-Benz has delayed the U.S. launch of the electric EQC SUV by a year. The EQC is now scheduled to come to the U.S. in 2021.

Volkswagen has also tweaked its sales strategy for its upcoming ID electric lineup. The company will keep its compact hatchback, the ID.3, out of the U.S. Instead, VW plans to bring the ID.4, (otherwise known as the ID. Crozz) to the U.S., although even this vehicle will first launch in Europe.