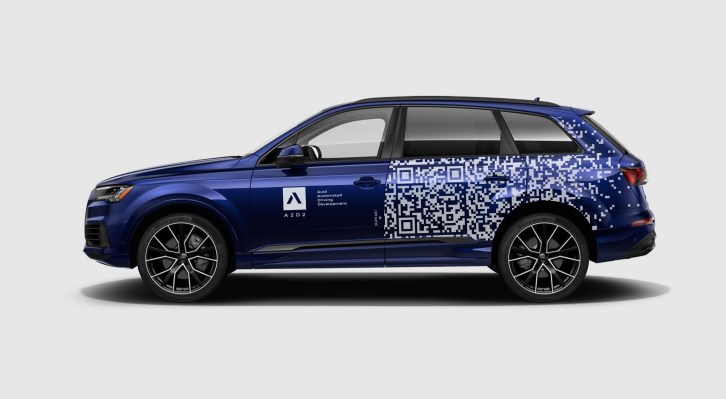 Audi has opened an office in Silicon Valley that aims to adapt and develop advanced driver assistance systems for the U.S. market.

The Audi Automated Driving Development (A2D2) R&D office will be located in San Jose and initially staffed with about 60 employees. The company said A2D2 will have the “flexibility to quickly develop new software and to collaborate with nearby startups for production-intent applications.”

This new R&D office is focused on advancing so-called Level 2 systems, a designation by the Society of Automobile Engineers (SAE), in which two primary functions are automated and still have a human driver in the loop at all times. There are five levels of automation under SAE’s definition. Level 4 means the vehicle can handle all aspects of driving in certain conditions without human intervention and is what companies like Argo AI, Aurora, Cruise and Waymo are working on. Level 5, which is widely viewed as a distant goal, would handle all driving in all environments and conditions.

The focus on Level 2 is an important distinction. Audi had developed a Level 3 automated system called Traffic Jam Pilot that was supposed to be in the latest-generation A8 that debuted in 2017. After numerous delays, Audi decided in May to scrap plans to roll out the Level 3 automated driving system. Traffic Jam Pilot theoretically allows the vehicle to operate on its own without the human driver keeping their eyes on the road. But it has never been commercially deployed.

The company told TechCrunch back in May that the lack of a legal framework raised concerns about liability. To further complicate the problem, the A8 has been progressing through its generational life cycle. Audi was faced with continuing to pour money into the feature to adapt it without promise of a framework progressing.

Now, Audi has turned its attention and capital toward advanced driving assistance systems that can actually be launched in passenger vehicles. A2D2 will be the first office dedicated to developing ADAS hardware and software specifically for North American roads and driving behaviors, the company said.

“Given the rapid advancement of driver assistance technologies in North America, it’s important to be part of the latest breakthroughs, work with leading edge of technology startups and attract the top talent,” said Frank Grosshauser, senior director, ADAS, Audi of America.

The A2D2 office is hugely important to the further advancement of systems here in the U.S. in the interim, not just in terms of assisted driving but all of the various sensors and systems and how they can be brought together to further improve the driving experience, safety and use for our customers in the not too distant future, an Audi spokesperson wrote in an email.

The A2D2 office has outfitted several Audi Q7 development vehicles with roof-mounted sensor kits to collect data to develop various cloud-based automated driver-assistance functions planned for introduction by 2023, the company said. The A2D2 development vehicles are wrapped in a QR code that links to a web page where people can get updates on Audi’s progress.