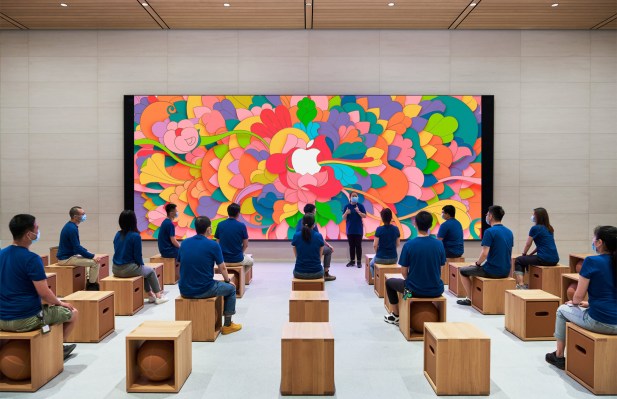 Apple flexes its muscles in China with another megastore that unveiled on Friday. Located in Beijing’s upscale shopping district Sanlitun, the outlet replaces and more than doubles the size of Apple’s first store in China in the same location, which instantly caused a sensation back in 2008.

The landmark building reopened in the heat of U.S. scrutiny over the hardware behemoth’s ties with China. In a speech delivered on Thursday, Attorney General William Barr attacked a raft of American tech companies, including Apple, for playing by China’s rules. He singled out Apple for being “acquiescence to the Chinese Communists.”

Apple has long relied on China not just for manufacturing partners but also generating revenues from App Store (especially games) and iPhone sales. Nonetheless, local smartphone makers such as Huawei — which opened its largest store to date in June — have been chipping away at Apple’s Chinese market share in recent quarters, leaving the American giant in the fifth place with about 10% of total shipment, according to Counterpoint research.

Barr lambasted Apple for yanking apps on behalf of the Chinese government. Motives behind these bans can range from muting political sensitive services, like a map used in Hong Kong protests, to closing a regulatory loophole, which resulted in the removal of thousands of unlicensed games in China.

The new premise features Apple’s first integrated solar array in a retail store in China, allowing it to provide power to the store below like all Apple facilities worldwide running exclusively on renewable energy. The company claims it’s supporting enough clean energy in China to power more than 450,000 homes each year.

Over the last 12 years, the Sanlitun store has grown from 52 staff to 185 and has attracted more than 22 million visitors.

Artículo anteriorFree Webinar | August 12: How to Market a New Business

Artículo siguiente You're Likely Missing Out on Google Traffic. Boost Your SEO with This Budget-Friendly Tool.