A look at the soaring valuations of Rivian and Cruise with transportation VC Reilly Brennan
enero 26, 2021 por Fito Resendiz 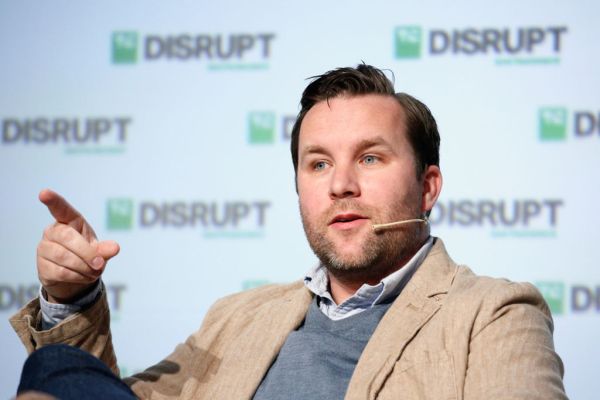 Perhaps more than most, Reilly Brennan loves cars and trucks. The native Michigander happily did grunt work for an automotive magazine as an undergrad at the University of Michigan before landing a gig as a trackside communications manager at General Motors, spending a few years as an editor and a general manager with an automotive publisher called NextScreen, then becoming a programming director for AOL’s automotive properties.

His next role would be on the West Coast, as executive director of an automotive research program at Stanford, where Brennan continues to be a lecturer. Little surprise that soon after, a seed-stage fund began to make sense, too, and thus was born Trucks Venture Capital, which has since made dozens of bets out of a $20 million debut effort and is wrapping up a larger fund soon.

Late last week, we talked with Brennan about two of the fastest-soaring valuations we’ve seen recently in the automotive sector: that of the electric vehicle company Rivian, which raised a giant new round last week at a nearly $30 billion post-money valuation, and Cruise Automation, which also raised a giant new round last week, and also at $30 billion valuation. (Along with some other interesting bets, Trucks managed to write an early check for Cruise before it was acquired in 2016 by GM, which maintains majority ownership of the company.)

We wondered if even an auto aficionado might deem things a little bubbly. You can listen to that full conversation here. In the meantime, the excerpts below have been lightly edited for length and clarity.

TC: Who are your investors in Trucks VC? Are they individuals? Are any auto manufacturers that are trying to get a look at nascent technologies?

RB: We have some former execs from the car industry in the tech world, and a handful of family offices and definitely some large strategic companies. Unfortunately, I can’t tell you their names because I’ve signed documents that prevent me from doing that. But one of the cool things about our little Rolodex of [limited partners] is that our founders — when they want to come in and do something in transportation — it’s an easy doggie door into a lot of those entities, whether they’re people or businesses. One of the things I love about [the mix is] there’s probably no part of a vehicle, whether you’re talking about a car, truck, a bike, or a plane, that one of our investors couldn’t help out with.

TC: Do you look to be the first money into your deals?

RB: One of the interesting learnings I had in the first fund was, we were just trying to participate; we were just happy to be at the party. So we were participating in rounds that other people were leading, and our checks [from Fund I] were anywhere from $100,000 to a few thousand dollars.

The new fund is designed to take advantage of leading rounds [because] halfway through our first fund, founders would ask us to lead rounds, and frankly, the fund wasn’t big enough to do that. Our new fund is really designed so we can lead seed rounds, and that’s what we do. We’ll lead or co-lead and sit on the board. Usually, we’re  owning about 10% to 12% of a company at seed.

TC: One of Truck’s early checks went to Cruise, the self-driving car company that GM acquired for an amount that has variously been reported as more than $1 billion, as well as for closer to $500 million . . .

RB: The Cruise investment, my [fellow general partners] Jeff and Kate made. I can’t tell you specifically what the acquisition price was, but it was pretty good. That being said, if you read about the valuation of Cruise now within General Motors, or that of another [self-driving] company we invested in, Nutonomy, which was acquired by [automotive supplier] Delphi [for $450 million in 2017] and is now essentially a company called Motional, they’re pretty high.

I think a lot about those early exits because they validated the space, but I also think a lot of the early investors probably wish they had more ownership. I’m not saying they shouldn’t have sold. But you look at the valuation of Cruise and Motional today — if you put those two entities together — it’s more than the valuation of General Motors, or maybe Ford Motor Company.

TC: But is Cruise’s valuation perhaps too high right now? They still have a very long lead time to making money.

RB: I would agree with you that in the public market, it feels a little bubbly when it comes to electric vehicles and some of these ideas related to technology and auto. But I do think a lot of these companies look at the opportunity to automate things greater than just robo-taxis. Last year in particular provided good insight into how the logistics and delivery part of automation is probably on the nearer term horizon than robo-taxis and therefore more valuable.

TC: How much have valuations been driven up by Tesla, whose valuation now dwarfs all the major car manufacturers?

RB: One of the things the market appears to want is the simple story, and belief in Tesla is now highly aligned to [thinking that] this is just the way that transportation is going to be organized. It’s going to be a zero-emission vehicle that is highly connected and maybe attached to a consumer in a new way.

You’re seeing the same with a lot of these pure-play EV companies, whether it’s [carmaker] Fisker doing a SPAC or the way that [carmaker] Neo is received in China. There’s this purity of their message.

You can argue, successfully, that a lot of other companies have more engineering or a greater dealer network or more IP around a particular idea, but when it comes to the public market stuff, it really is about painting the picture in this one specific way that’s aligned with the future. And right now, the public markets really don’t like that composite, liberal arts approach to vehicle manufacturing; they really just want one thing that aligns very well with the future, which they believe is better electric vehicles.

TC: This seemingly applies to the Detroit carmaker Rivian. What do you think of this company that’s valued at nearly $30 billion yet hasn’t yet sold a truck or SUV? You aren’t one of its investor. Does its valuation make sense to you?

RB: From an engineering perspective, Rivian is probably one of the companies I respect most out of this new breed of manufacturers.

Tens years ago, when they started, there were a lot of new supercar entrepreneurs who were trying to start something new, but they were always small batch ideas. Like, maybe you could get 100 people to buy one. But they weren’t really well-aligned with what consumers were buying, which is increasingly utilities and trucks. So Rivian’s approach, with the segment it’s going after, is really smart, and it has fantastic engineering. So I’m actually quite bullish on Rivian.

In a year’s time, there will probably be two big events for Rivian. One, they will deliver the first batch of [electric delivery vans being built for investor] to Amazon, along with [other orders] to some of the early customers. It also wouldn’t surprise me if they’re public at some point in the next year.
They haven’t told me that; just my own personal speculation here.

TC: When you say it will go public, do you mean through a traditional IPO or maybe through a giant SPAC? Would what you guess?

I bet that Rivian will probably do a traditional IPO, that’s my guess. But they could also do a SPAC at some point. [Either way] I think the public markets are going to be really interested in Rivian. I just think there’s really good stuff there.

TC: Have you been able to test-drive its cars? Have you seen its tech up close? What makes you so confident that what Rivian is building is superior?

RB: I think the point of view they have about the segments is really interesting In the U.S., they are going after two great-growing segments in the business, which is utilities and trucks where, by the way, there’s a lot of margin, and there’s nobody specifically going after those segments.

The Rivian engineering that I speak about is really about the hires they’ve made and a lot of things they’ve done for years in advance of getting these vehicles ready. They’ve got a lot of amazing talent from big manufacturers. They made an unusual but really smart investment in a vehicle assembly facility that they purchased for relatively cheap years ago that was owned by Mitsubishi. And they put together all these components well in advance of anybody really even knowing about them, which is really smart.

Obviously, there’s still a huge amount of risk. What I’m saying is not investment advice. I just think there’s a lot of interesting stuff there that’s head and shoulders above many of the other EV companies, where there’s not a lot of substance, to be candid.

TC: My colleague Kirsten reported in December that Rivian is developing a network of charging stations along interstate highways and also at spots like hiking trails to accommodate who it imagines will be its customers. Does that make sense to you? Relatedly, how many different types of charging stations are we going to have in the world?

[Regarding the location of its stations], it’s definitely a nice ingredient in the story they’re trying to tell, though I don’t think you’ll see a Rivian charger at the entry point of every national park. They’ll probably have access to other charging networks. One of the things we’re seeing in the U.S. is you have some of these dedicated networks like Tesla has, and then you have a lot of agnostic [stations], where you can plug in and charge in a lot of other places, and Rivian will likely take advantage of that. An open question would be whether Rivian builds its own [larger] dedicated network that has a lot of coverage, and I don’t know about that yet.

The other component about Rivian that’s really fascinating is what they do for service and maintenance. I saw an open job that Rivian had a few months ago around remote diagnostics, and one of the bullet points of the job posting was that this job was really designed so that people didn’t have to go back to the dealership. [It begs the question of]: could you design experiences digitally,  as with [on-demand remote doctor visits], where you could potentially talk to somebody live, you could [have Rivian] assess the vehicle, or maybe walk you through a situation where you can fix something that would prevent a lot of the trips to dealer?

If you consider the traditional dealer and OEM relationship, a lot of the ways that cars are designed is that they’re constantly having to go back to the dealer. Rivian’s point of view on that is really different, and that’s one of the other reasons it’s one to watch.

Artículo anteriorSelling Online? Here Are 4 Things You Need to Know About SEO.

Artículo siguiente I Changed My Brand's Name. It Was Scary But Worth It.