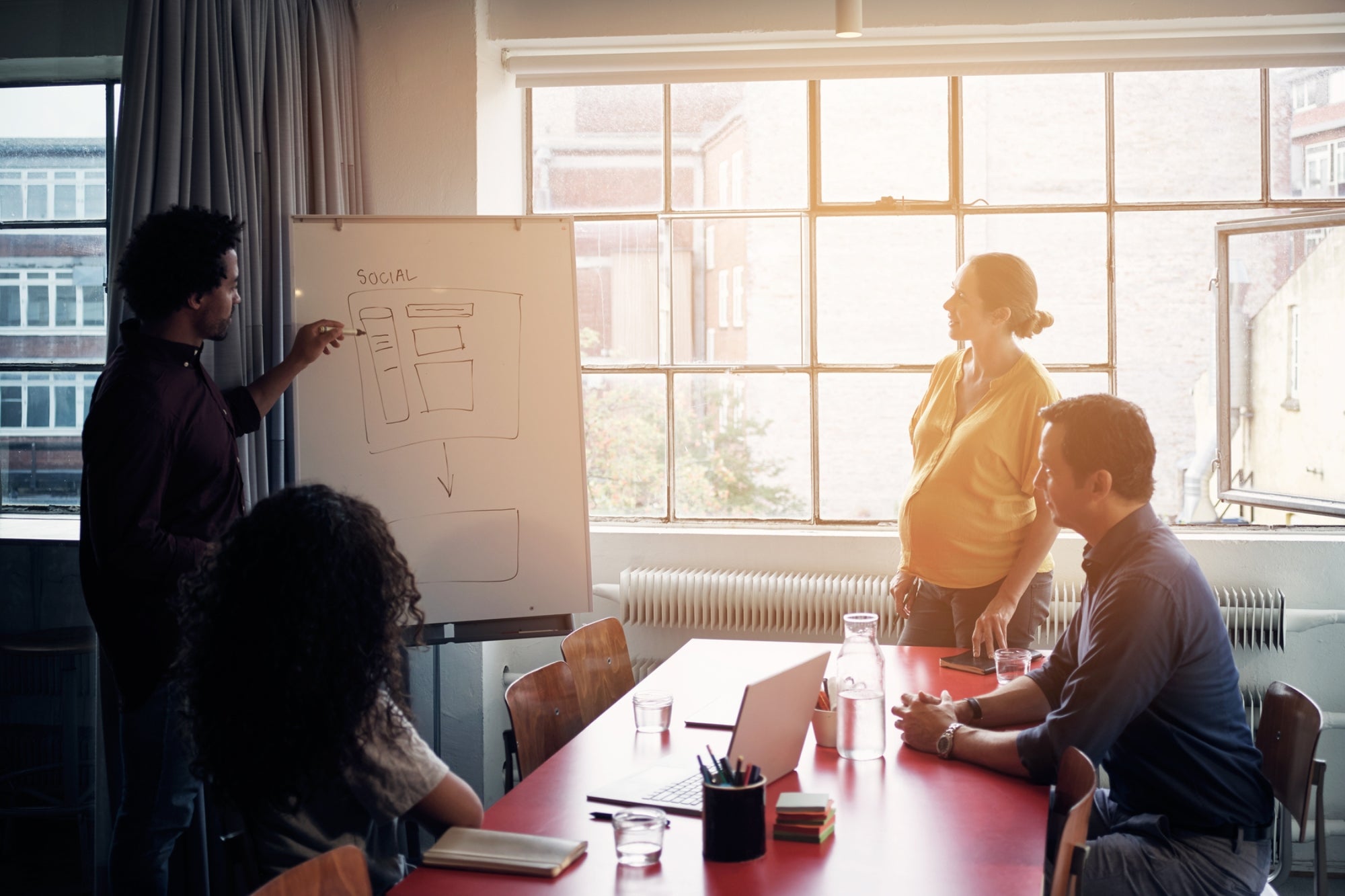 When I first got into marketing, it was long enough ago that a lot of people said the internet would just be a fad. Several years later, when social media started to become a thing, most people said the same about that. Today, it’s clear how ludicrous those theories were, but there is still a tremendous amount of misinformation about social media.

A lot of people have over- or under-inflated expectations of the results they should anticipate, how much work goes into it and how they should best utilize it. That misinformation hurts them, either directly by doing the wrong things and hurting their brand, or indirectly, by wasting time and money on ineffective strategies and tactics.

I want to help you avoid those costly and time-consuming mistakes so you can build the business you deserve, serve more people and bring more value into the world. So let’s talk about some of the common mistakes people make in social media, how to avoid them and what you should be doing instead so you can maximize your results.

Related: How Did This 16-Year-Old Girl Amass 100 Million Followers On TikTok?

A lot of people start off super-motivated about their social media, but that motivation quickly wanes for most.

That mindset is understandable. Entrepreneurs are incredibly busy to begin with, so when you couple that with the fact that many have unrealistic expectations in terms of how long it takes to see results, it’s easy to see why they often stop soon after starting. But most understand the importance of social media, so they keep trying, which leads to a cycle of repeated starting and stopping.

The problem created here is multifaceted. First is the issue of momentum. If you’ve ever had to push a broken-down vehicle before, you know exactly what I’m talking about. It’s significantly easier to keep it moving than it is to get it moving from a dead stop.

Once you get into a routine with your social media efforts, you’ll find that you start to exponentially increase your results without an exponential increase in work. It will become easier to block out the necessary time, come up with content ideas and engage with followers.

The second issue is audience perception. When customers see you show up inconsistently on social media, with weeks or months in between posts, they will question your consistency in general. On the other hand, when they see you consistently posting valuable content day in and day out, they will assume you are equally consistent in other aspects of your business.

Third are the algorithms that determine what shows up in people’s feeds. When you post consistently, you will “train” the algorithm to show your content to more people more frequently — assuming, of course, that your audience finds it useful. As a result, more people will engage with your content, indicating to the algorithm that it’s valuable and should be shown to even more people. It doesn’t take a genius to see how this can snowball into massive exposure.

It can sometimes seem difficult to come up with enough content to maintain a strong presence on social media. In an effort to fill the gaps, some people choose to post content that, while possibly interesting, informative or entertaining, is disconnected from their brand. This is the equivalent of talking just to talk, and it hurts your brand because it dilutes what your brand is about.

The “rules” vary a bit from platform to platform, and even from brand to brand, but the basic premise is that while it doesn’t necessarily have to always be about your business, everything you post needs to align with your brand’s core values and personality.

A good approach is to select three to five core topics that you’re passionate about as your foundation. For example, my topics include:

Any piece of content I develop for social media is going to fall into one of these categories. You need to take the same approach.

When selecting your topics, it’s important that at least one or two can be connected directly to the products or services you provide through storytelling and analogies, and that each of your three to five topics are tightly ingrained with what your brand stands for.

Generally, one or two will be directly related to what you do for your customers, and the remaining topics will be based on who you are and why you do what you do.

The first group is obvious because it’s what you do. The second group may be less obvious, but often just as (if not more) important, because people typically choose a brand based on whether it aligns with their own values.

Each social network is its own unique environment and what works on one may not work on another, and what’s acceptable on one may turn off customers on another. There could even be unique nuances within a network.

It’s important to understand who your audience is and what resonates with them on each platform.

Asking friends to like/follow your page

This is easily one of the most common mistakes, and we’ve all seen the innocent posts leading up to it.

Someone might open a post with a story about how they’re trying to grow their business, serve more people or even get around Facebook’s abysmal organic reach, and then segue into asking their connections to like their page.

On the surface, this seems harmless. After all, what’s wrong with more people liking your page? The reality is this can have profoundly detrimental effects.

Most pages don’t have many followers to begin with, and for a lot of brands, a majority of those followers are friends and family who will never buy. And because they aren’t potential customers, they likely won’t engage with that brand’s content.

This negativity skews your engagement rate, which hurts your organic reach. In other words, when a lower percentage of people engage with your content, the algorithm that powers the feed will assume people aren’t interested in the content, so it will start showing it less frequently. Unsurprisingly, this creates a vicious downward spiral, resulting in obscurity.

Inviting people who aren’t potential customers to like your page increases your follower count, but it also skews your actual engagement with “ghost” followers so you’ll reach fewer people. Instead, focus on building an audience of engaged potential customers.

Adding random people to your groups

We all hate being added to irrelevant groups without our permission, and yet there is no mechanism to prevent it.

Every day, I’m added to a number of groups — sometimes by good-intentioned friends, sometimes by people trying to push a political ideology and other times by sleazy marketers who are “just trying to help me out” with their “awesome” products or services. In all cases, the end result is typically the same: We immediately have a negative perception of their brand as a result.

There are cases where it’s acceptable to invite people to your group without a conversation ahead of time, but only when you already have a real relationship (as opposed to someone you’re just connected with) and you genuinely know they would be interested. To put it in context, I recently launched a group that I’ve been planning for a while, and I only invited 0.008% of my connections.

Inviting random people to a group without their permission puts marketers on the same level as those people manning the kiosks in the mall who try to chase you and sell you their garbage when you walk by. It’s sleazy and desperate, and it creates a bad impression of your brand.

Another downside is that having a bunch of disinterested, unengaged people in your group destroys your engagement. This hurts you algorithmically, meaning that because fewer people are engaging with your content, Facebook will begin showing it to fewer people. It also hurts you from a brand perception perspective. Think about it like this: What kind of impression would you have if you went to a group with thousands of people, but the posts in that group had little to no likes or comments? This is why it’s critical that we get the right people in our groups.

A better approach, rather than simply clicking that “invite” button and adding a bunch of names, is to invite them manually, through email, DM or even organic or paid posts. This gives them the option to join if they’re interested, without forcing it on then. It also helps to ensure that you get the right people in your group.

Where most people go wrong is they sign up for some social media posting tool like Meet Edgar, Hootsuite or Buffer, queue up a bunch of posts — usually, it’s just links to their articles — and just let it ride. They don’t bother to engage with their audience, and as a result, two things happen.

The first issue is that their audience sees they don’t really care about them. It becomes clear that they’re only using social media to blast their message to anyone who happens to see it. Kind of like those mall kiosk salespeople we talked about earlier. It’s not a good look.

If you want solid results from your social media efforts, you have to do more than just posting a steady stream of content. You have to actually engage with your audience and show them that you actually care about them.